Amy Burton will be teaching TONIGHT at 7pm on financial prosperity and debt free living!

Discover practical and spiritual steps that will bring your finances into order and set you up for financial breakthrough! 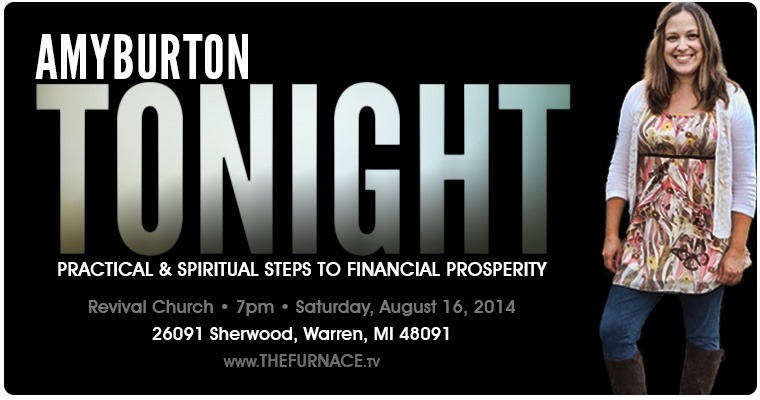 If you aren’t local to Detroit, you can listen LIVE at www.thefurnace.tv/live at 7pm ET! 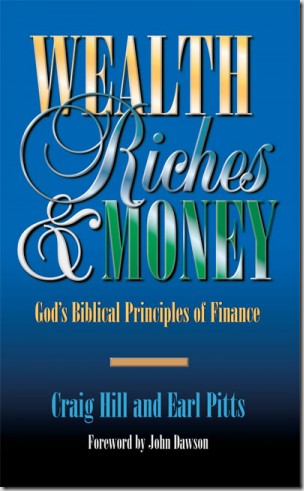 Amy taught this popular and life changing message of financial freedom at IHOP—and now she’s teaching it in Detroit!

You may be blown away at how simple it is to break out of a poverty mindset and into financial breakthrough. This special class takes place TOMORROW, Thursday, November 3rd at 7pm at Revival Church.

Amy has demonstrated financial brilliance both in our ministry and in our home. Both Revival Church and the Burton family are debt free—and she was able to accomplish this through the simplicity of God’s clear biblical principles.

This is a special Thursday class at theLab, and we are opening it up to everybody! There is NO COST!

THE THINNING OF THE VEIL conference with Michele Perry, founder of Iris Ministries Sudan, will impact your life in dramatic fashion!

Michele shared with me that she is experiencing the supernatural realm with significant ease, and wants to see the church step into that same life of encounter.

Halloween is commonly known to be the time when those involved in witchcraft and the occult can move into the spirit realm most easily. The veil is thinnest that night of the year.

Of course, everything the enemy does is a reproduction or a skewed version of the pure are real. God loves it when we go deeper into his presence, when we walk in the Spirit and when it becomes normal to know and hear him continually.

Michele will be teaching and coaching you into this amazing reality!

The main sessions, Friday, Saturday and Sunday evenings, are FREE, but you must register at www.detroitrevivalchurch.com/events.

The three Saturday workshop sessions require both registration and a small fee.

THE THINNING OF THE VEIL CONFERENCE REGISTRATION- OCTOBER 29-31, 2010

If you have questions, please contact us at www.detroitrevivalchurch.com/contact.

We can’t wait to see you in a few weeks!

Having each faced personal loss, a group of strangers gathers at a cemetery for support. The bestowment of several miraculous gifts brings resolution, and a mysterious inscription holds the ultimate key to healing.

Amy’s newest book, The Inscription, is AVAILABLE TO ORDER!

This is Amy’s first work of fiction, and it’s sure to impact you powerfully.

I smiled as the breathless beauty of my surroundings pierced my heart and, for just a second, pushed aside some of the heaviness. I sighed as the temporary reprieve ended and once again, my soul floundered against an onslaught of hopelessness.

"Amy writes a beautiful story of grief and, more importantly,
of the hope found through sharing the journey."
Kerry Mand, Former President of Pikes Peak Share

“The Inscription is a heartfelt and poignant story about the unbreakable bonds of friendship formed during times of sorrow.
A must read for any grieving soul!”
Angie Winton, Group Facilitator of Detroit Metro Share

AMY BURTON and her husband, John, are accomplished authors and public speakers. Amy serves as an instructor at a pregnancy center in Detroit. She and John founded Revolution House of Prayer in 2001 and currently lead Revival Church. They live in Grosse Pointe Park, Michigan with their three boys.

The world is watching Detroit, waiting on the report of its complete demise or of a miraculous restoration.

John Burton launched Revival Church with that in mind.

“After traveling to the Detroit area to minister several times over the past year, it became obvious that a permanent move was in order.  Our house sold in the Kansas City area in under a week, and we have since moved in and are ready to see a dramatic reformation in Detroit.  My heart is to see a legitimate outpouring of God here that will bring order to chaos, life to hurting people and vibrancy to a desperate society.”

John Burton has been in ministry since 1991 and has written five books including 20 Elements of Revival, Revelation Driven Prayer and Six Enemies of Fulfilled Destiny.  He was recently featured on the Miracle Channel (www.miraclechannel.ca) as he discussed the thrill and importance of living a prophetic life.

After several pre-launch meetings in their home, John and Amy Burton, along with their three boys, would like to invite you to advance toward revival in their new location.  Revival Church meets every Sunday evening at 6pm at First United Methodist Church at 24036 Greater Mack, St. Clair Shores, MI 48080.

Prophetic prayer starts at 5pm and children can be checked in for their ministry at 5:45pm.

They also host a weekly prayer and strategic revival radio show online every Monday at 8pm.  You can listen at www.detroitrevivalchurch.com/radio.