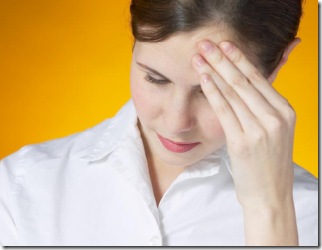 It’s time to take an honest look at the typical Christian experience that is largely disappointing for so many.

Sing along with me:

This is a fun song to sing and has a sold ring of victory to it, but it has always troubled me. I always wondered why Christians seemed to be playing catch up, perpetually trying to gain back what was lost and attempting to convince themselves that they are victorious. We often try to cheerlead our way to believing we are who God says we are. It’s as if we are sitting on a couch in a counselors office, looking into a mirror and saying, “I’m OK. God likes me. I’m a winner. I’m OK. God likes me. I’m a winner.” If we say it enough, surely it will sink in, right?

Again, let’s be honest. Yes, we as Christians all agree that in the end Jesus wins. Or, do we really believe that? Is it simply easier to believe something that’s far removed and chiseled logically into the stone that holds the tenants of our religion?

What if that end of times war exploded violently and experientially right now? Would we simply embrace peace and easily, confidently know that Jesus wins—or would we freak out and worry as devastation creeps onto our front lawn? Would it it result in a crisis of faith or an eruption of faith?

Our foundation of faith (or lack of it) will result in difficult situations either triggering hopelessness and despair or passionate expectancy.

Lets bring it closer to home.

At any Sunday morning church service I could stand in the pulpit and ask the congregation a question: Who here has a history of financial struggle?

Most hands would shoot to the sky. Yet, we know that scripture declares that every need that we have is provided for!

Philippians 4:19 (ESV) 19 And my God will supply every need of yours according to his riches in glory in Christ Jesus.

Do you see the conflict? It’s a crisis of faith that is unfortunately experienced by most Christians!

Think about the 1260 promises in the Word of God. How many are inactive in the lives of Christians? How many have the enemy stolen away? Just where is that camp that we have to find so we can take back what he stole from us?

Psalm 84:11 (NKJV) 11 For the LORD God is a sun and shield; The LORD will give grace and glory; No good thing will He withhold From those who walk uprightly.

Why does that verse feel more like a pipe dream than a common reality experienced by Believers?

Because many Believers are actually unbelievers.

They doubt. They are gripped by unbelief.

Check out this passage:

Matthew 13:10-15 (ESV) 10 Then the disciples came and said to him, “Why do you speak to them in parables?” 11 And he answered them, “To you it has been given to know the secrets of the kingdom of heaven, but to them it has not been given. 12 For to the one who has, more will be given, and he will have an abundance, but from the one who has not, even what he has will be taken away. 13 This is why I speak to them in parables, because seeing they do not see, and hearing they do not hear, nor do they understand. 14 Indeed, in their case the prophecy of Isaiah is fulfilled that says: “ ‘You will indeed hear but never understand, and you will indeed see but never perceive. 15 For this people’s heart has grown dull, and with their ears they can barely hear, and their eyes they have closed, lest they should see with their eyes and hear with their ears and understand with their heart and turn, and I would heal them.’

Why don’t we see extreme prosperity, healing, joy, life and freedom in the church today?

Matthew 13:58 (ESV) 58 And he did not do many mighty works there, because of their unbelief.

Church, it’s time we stop hoping and wishing our way to victory. Hope deferred makes the heart sick! We have to put an end to demonic thievery. Pumping ourselves up and cheerleading our way to a low level confidence in God’s Word must give way to a peaceful assurance of breakthrough. We don’t contend for victory, we start at the point of victory. Now, we don’t have to play catch up as we focus on personal identity and success. We can launch with great faith from the platform of success into the world changing missions that God has assigned us to. As champions and authorities in the Earth we don’t ever allow the enemy to steal anything—instead we take dominion over his camp, his domain!

I see a day coming in the church where everybody who simply yet fully believes is wildly joyful, prosperous, healthy and free—strong and ready to annihilate the kingdom of darkness with force!

Revival is a serious threat to the prevailing church structure as it will put at risk every comfort zone we know.

The reformation that revival will facilitate will cause quite a resistance even from many of the most devoted Believers due to some significant threats to their comfort zones.

It’s important to understand that it’s a religious spirit that is the force behind anything that might resist a costly revival.

Religion is: man’s attempt to use God to get what he wants

Jesus threatened the church of the day—so the church killed him. They got what they wanted.

Today, it’s normal for many to attempt to use God or to use the church to get what they want. They want life to be comfortable and convenient. They want the church experience to be a certain way. They might shop around until they find the spiritual experience that meets their desires and demands. If people aren’t careful, they can unwittingly embrace a spirit of religion while minimizing the cost, the cross and the mandate to surrender all for the sake of Kingdom advance.

As revival approaches, here are some of the issues we will have to wrestle through:

The systems that we have developed are about to be destroyed as God paves the way for the coming church. The revival that’s nearly hear will be both great and terrible. It won’t be a series of nice meetings, but rather it will break a lot so that the love and abundant life of Jesus can be felt in much fuller measure.