When we admit we are weak, then we will discover the Strength of the nations.

I will punish the world for its evil, the wicked for their sins. I will put an end to the arrogance of the haughty and will humble the pride of the ruthless. Isaiah 13:11 (NIV)

It’s an indictment on our nation when we puff up our chest in the face of our enemies and make trite, inaccurate statements about our supposed strength. American pride is finally coming back to haunt us. Our haughty, arrogant spirit has opened the gates of our nation to our enemies.

No, America, we are not strong, and we need to finally admit it. Without a radical devotion to Jesus, we have no hope.

We need our President to humble himself, to admit our extreme vulnerability without God and to lead the nation in cries of repentance. Pastors, do the same. Nothing less than a new American Revolution will stop our downward spiral as a nation. Except, this time we aren’t fighting for our independence. We must humbly repent of our pride, arrogance and self-sufficiency. Instead of overthrowing the authority of the British monarchy, we must submit to the authority of the Kingdom of God. If we understand the nature of God, realization of our weakness is very good news for us—if we repent, cry out to God as a nation and surrender to the King.

And what more shall I say? For time would fail me to tell of Gideon, Barak, Samson, Jephthah, of David and Samuel and the prophets— who through faith conquered kingdoms, enforced justice, obtained promises, stopped the mouths of lions, quenched the power of fire, escaped the edge of the sword, were made strong out of weakness, became mighty in war, put foreign armies to flight. Hebrews 11:32-34 (ESV)

American can become strong out of weakness and put ISIS, cop killers, terrorists and foreign armies to flight—if we turn to God.

But he said to me, “My grace is sufficient for you, for my power is made perfect in weakness.” Therefore I will boast all the more gladly of my weaknesses, so that the power of Christ may rest upon me. 2 Corinthians 12:9 (ESV)

What if, instead of protests and attempting to force an agenda, we simply forgave? What if we hit our knees and admitted how dark our own hearts can be?

The heart is deceitful above all things, and desperately sick; who can understand it? “I the LORD search the heart and test the mind, to give every man according to his ways, according to the fruit of his deeds.” Jeremiah 17:9-10 (ESV)

God knows the depths of our heart and we are being tested as a nation. Will we humble ourselves or rise up in anger and pride? The answer to that question will determine the direction of our nation.

“God opposes the proud, but gives grace to the humble.” James 4:6 (ESV)

We have to embrace meekness as a people—if we want our nation to be safe and favored again.

PRAYER FOR OUR NATION IS NOT ENOUGH.

It’s laughable when celebrities and politicians tweet and post about prayers being given during times of crisis. Are they really praying? To whom? Is the spirit of prayer really driving them, or is it something else? Maybe if we didn’t wait for tragedy to hit before a national movement of prayer launches, we would find the protection and prosperity we so desire.

When I shut up the heavens so that there is no rain, or command the locust to devour the land, or send pestilence among my people, if my people who are called by my name humble themselves, and pray and seek my face and turn from their wicked ways, then I will hear from heaven and will forgive their sin and heal their land. Now my eyes will be open and my ears attentive to the prayer that is made in this place. 2 Chronicles 7:13-15 (ESV)

Prayer isn’t enough. Per the above passage in 1 Chronicles 7, the prescription for national safety is more involved than simply tweeting a prayer. It will truly take a new American Revolution to see a response like this on a large scale level: Then, and only then, will God begin the process of healing America. I’d say a revolution like this is well worth it. Let’s do this America. Let’s see our great land become safe, free and prosperous again.
Posted in Culture, Prayer, Revival and tagged america, American, baton rough, dallas, forgiveness, nation, orlando, prayer, protests, repentance, revolution, strong, weak
Leave a comment

Julia Palermo is carrying a weighty and urgent message for the church—and she will release it with power at Revival Church TOMORROW NIGHT. 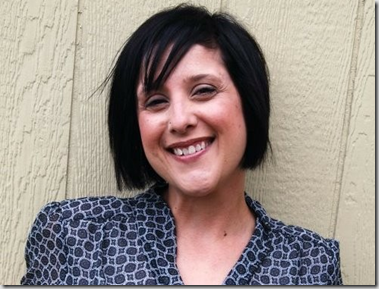 Are you ready to be challenged with a provocative message of revival?

Don’t miss tomorrow’s service at Revival Church. I believe many people’s destinies will shift tomorrow night as the Word of God is delivered by the Holy Spirit in this very serious hour.

Julia has traveled the world carrying a message of fire, revival, repentance and sobriety.

She functions in a strong prophetic anointing and has a clear perspective of the end times and what God is doing in our nation.

Julia ministered to our team of leaders at theLab on Thursday, and joined us in fiery prayer on the streets of downtown Detroit on Friday night. It all continues SUNDAY at 6pm!

She also recently joined 38 other women to walk for LIFE from Houston to Dallas. You can see the video here: http://youtu.be/JaEeAJZ-qJc

Back To Life Movement

Standing in the gap for the women and children of this nation, 39 women walked from the largest abortion clinic in America to the courthouse where Roe vs. Wade was initiated to let their voices be heard of how abortion hurts women.

They walked this modern day trail of tears to call our nation back to life and to stand up for the unborn who do not have a voice. These women's steps will not be forgotten an their voices will echo through history. Our Voice Will Be Heard