The faith in the room was pulled on during this powerful and challenging teaching—watch now! 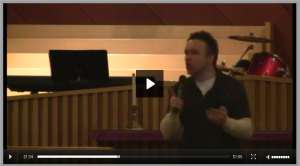 We are called to move from a life of low level prophetic influence, to a much more effective level of prophetic authority. Discover how in this teaching, Prophetic Authority. You can watch the video or listen to the audio at http://media.johnburton.net.

I received several comments about this teaching. It really hit home and impacted people deeply.

Here are some quotes from the video:

AND, don’t forget to submit dreams, visions and prophecies to www.detroitprophecy.com!