A shocking dream will make it clear how critical it is that we gather and contend for revival.

I recently had a dream that shook me to my very core. I’m currently revising my book The Coming Church to include what follows:

My wife and I were in a military grade nuclear submarine following behind a second submarine that contained my Father and Mother-in-law.

I was analyzing the situation, trying to gain understanding on what exactly were were doing while my wife was playfully looking through the periscope. Both submarines were staying at the surface of the water, and they were being used as tour vessels. The atmosphere was playful and carefree.

After a short time everybody was done playing and we decided to park the submarines alongside a long pier. We climbed out and walked down the pier and onto an ocean side boardwalk. There were people everywhere enjoying a beautiful sunny day. The restaurants and shops were full of activity.

We walked onto the sandy beach which was about one hundred yards from the submarines.

As we gazed out over the water, both submarines suddenly began leaving. They headed out toward deeper water.

My in-laws immediately started running into the water giving chase to the submarines. As they did, I was thinking that it was impossible for them to get anywhere near to the fast moving vessels and I didn’t understand why they had tried. 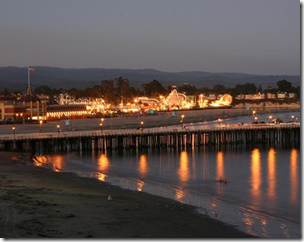 Then, my wife ran into the water as well.

What I saw next can’t easily be described in a way that is true to the emotion I felt. The water immediately began erupting as if a powerful hurricane was upon us. I was terrorized as I frantically tried to devise a plan to help. What I saw next drained every bit of hope from my being. A whirlpool opened up underneath my in-laws and sucked them under. Then, a second whirlpool took my wife. 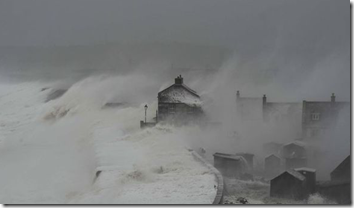 It looped over and over. I knew that THIS was the hour. I couldn’t wait! The emergency was upon us.

As I stood on the beach, hopeless, the scene changed.

Only a few days had passed yet it was now bitterly cold and the water had frozen over. There was at least ten feet of snow on top of the ice.

I started moving slowly, though as quickly as I could, through the snow in the direction of where the whirlpools were.

I started digging ferociously and what I saw next will forever be seared in my memory.

It was my wife, frozen. She was gone.

I ran back to the boardwalk and into a restaurant. I saw someone who had tried to help previously behind the counter of a sports bar. He was a volunteer firefighter in addition to working at the restaurant. I yelled, “Help! Help! I found her! I found her! Come quickly!”

What? I couldn’t believe what I heard. I said, “No, you don’t understand! I found my wife! I need help!”

He just said, “Sorry.” and then looked at a customer and said, “How can I help you?” 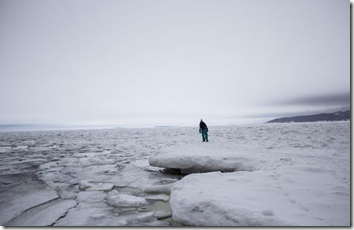 I ran back to the snow where my wife was buried. I thought that maybe, just maybe, since she was frozen that there was a chance she could be revived. I’ve heard of people freezing and their heart beat is slowed to almost nothing before being brought back.

As I was thinking about this I looked down at her, and there was a paper right next to her frozen face.

I picked it up. All it said was, “Wake up and strengthen what remains and is about to die.”

Then I woke up.

When I woke up I was shaken to my core.

As I started to pray and analyze the dream, the following is what was highlighted to me:

So, what’s the call?

It’s simple, and it’s directed to the church, to those who are to be in the deep:

Wake up! Strengthen what remains and is about to die, for I have not found your deeds complete in the sight of my God. Revelation 3:2

Yet you have a few people in Sardis who have not soiled their clothes. They will walk with me, dressed in white, for they are worthy. He who overcomes will, like them, be dressed in white. I will never blot out his name from the book of life, but will acknowledge his name before my Father and his angels. He who has an ear, let him hear what the Spirit says to the churches. Revelation 3:4-6

God instructed me to wrestle with Revelation 3:1. I've been burning hot for Jesus for over 20 years, yet, is it possible that my devotion is not as deep as I might think? Yes, it is possible.

God didn't accuse me of being dead. He didn't reveal that my passion was false. He simply wanted me to always consider the possibility that my reputation will always be at risk of being more intense than my reality.

…I know your deeds; you have a reputation of being alive, but you are dead. Revelation 3:1

It's time to go deep, to be awake and alert and then to awaken the sleepers…many who may have a reputation of being very much alive…but are not.

It’s time for revival. This is the hour.