First: The following article may provoke the burning inside of you to rage. Join us for theLab Internship and help establish a model of fire that will reform the identity of the church. $100 discount now available. www.revivallab.com 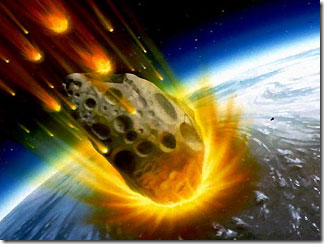 Before I share the vision, and some very interesting confirmation and insight, lets look at the current model of the church:

There’s no way I’m going to attempt to present a comprehensive picture of the church with all of its varying streams and complexities. The point I’m focusing on is the simple, common experience that the current structure and function of the church presents.

In my encounter, the vision I saw was shocking and quite mysterious. I have had many visions of the church, of reformation, but this one was markedly different. It sure didn’t look like a vision of a church, but it immediately felt like one.

I was standing in an apocalyptic looking environment. It was dark and weighty. In front of me was an absolutely massive crater. God immediately revealed to me that I was looking at the soon coming church. 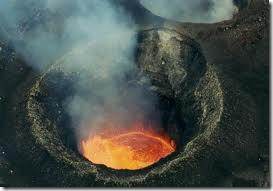 Really? It sure didn’t look like a church. My initial analysis was that what was coming wouldn’t be defined by what is logically communicable. The building and steeple and Sunday experience was gone, and what replaced it was frightening.

My spirit was provoked and raging, but I knew that those who were more logical than spiritual in their life experience would most probably resist what is just over the horizon.

1 Cor 2:14 The natural person does not accept the things of the Spirit of God, for they are folly to him, and he is not able to understand them because they are spiritually discerned.

1 Cor 3:1 But I, brothers, could not address you as spiritual people, but as people of the flesh, as infants in Christ.2 I fed you with milk, not solid food, for you were not ready for it. And even now you are not yet ready…

The crater that I was looking at looked alive. It was moving and churning. There was glowing red lava coursing throughout.

The closer I got to the edge of the crater, the church, the greater the fear of the Lord was, the more ominous the vision was. I couldn’t casually participate as the shaking and trembling rocked my whole being as I approached this invasion of Heaven into Earth.

Then the vision ended.

I shared this vision in a class at theLab Internship and one of the interns about came out of her skin.

She just watched a National Geographic special on craters on the Earth!

She shared some dramatic revelation about the coming crater based on what God was revealing through my vision and the program she watched.

We won’t be able to define ‘going to church’ the way we do now.

God is coming to reform, to crush structures of old for what is to be introduced very soon.

The force from Heaven, the celestial asteroid, is going to impact the church, and most pastors and people will resist with everything that’s within them. Man-made support systems will be removed. People’s financial and relational structures will be threatened by this strange, new spiritual invasion.

The human wisdom and natural common sense that has been involved in the development of the current church structure will not be usable in the new. Those who walk by sight are in danger.

We will have to rely on a new set of senses as we, in faith unlike any we’ve ever allowed ourselves to embrace, begin to walk blindly into a fearful new church reality.

The new church will look nothing like we see now. We must learn how to live in the Spirit if we hope to embrace this uninvited yet deeply needed invasion from Heaven. Everything is at risk. Will you embrace or resist this reformation?