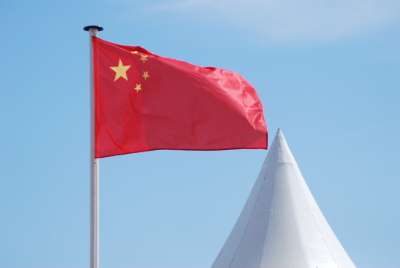 Treading foolishly on social media will cost the church it's voice.

It's commonly believed that social media giants have censored, banned and caused all sorts of trouble for conservatives. This includes Christians who find themselves in so-called Facebook jail after expressing forbidden viewpoints.

This truly feels like David versus the giants who are determined to taunt, minimize and cast aside any who would threaten their narratives.

SHOULD WE NOT RUN TO THE BATTLE?

Yes, we absolutely should fearlessly fight against the spirits of the age. The real question, however, is exactly how should we fight?

God is known to give unusual, supernatural wisdom to those who are advancing toward wicked adversaries. Gideon was told to eliminate most of his army and to bang jars together. Joseph and Mary were instructed to avoid Egypt. Paul was warned against going to certain cities. Elijah brought the fire. Every situation is different, and might I suggest, brashly breaking the rules of Facebook, YouTube and other social media companies is foolish beyond measure.

Lawsuits like the one President Trump brought very well may be a wise, effective step toward protecting First Amendment rights of all US citizens. I agree that we are rushing quickly toward the reality of very real persecution of Christians who preach the truth of Scripture. We cannot shrink back. We must run to the battle, but with divine wisdom, not fleshly rebellion.

Everything starts with strategic intercession. The fight against principalities and powers is a deadly game to play if we aren't prepared. Our enemies aren't the CEO's and thought police. It's very smart, organized and vile evil spirits who are bent on destruction of the church. They are absolutely determined to muzzle all who preach the power of the Gospel.

WE MUST BE WISE AS SERPENTS AND GENTLE AS DOVES

““Behold, I am sending you out as sheep in the midst of wolves, so be wise as serpents and innocent as doves. Beware of men, for they will deliver you over to courts and flog you in their synagogues,” (Matthew 10:16–17, ESV)

I've always found it interesting that we are instructed to be as wise as serpents. Satan is both a snake and a brilliant and shrewd military strategist. He is not haphazard or careless in his schemes. We should not be either.

The Hill reports, “And despite the Taliban's brutality and dishonesty, two Taliban spokesmen have Twitter accounts, including Zabihullah Mujahid, who boasts nearly 320,000 followers. Mujahid has posted dozens of videos that have been viewed millions of times. Quite a platform for the Taliban to have, and it doesn't cost them a dime.”

Read this next segment analyzing Donald Trump's ban and the Taliban's get out of jail free card from the article on The Hill carefully:

“The answer, analysts said, may simply be that Trump’s posts for years challenged platform rules against hate speech and inciting violence,” the piece adds. “Today’s Taliban, by and large, does not.”

Of course, we know of the brutality the Taliban unashamedly promotes and it seems they should in no way be provided a platform on social media, especially when these companies are based in the United States. I agree with most by saying it's madness.

Additionally, it's beyond belief that the President of the United States could be banned. Like you, I'm flabbergasted. This isn't the America I've grown to love. We are living in very different, dangerous and wicked times.

With all of that being said, consider the wisdom of the Taliban. They are careful on social media. They don't post anything that would put them in Facebook jail or ban them from Twitter (at least that's what appears to be the case to date).

Here is the point of this article: be wise.

Flipping a bombastic, rebellious, spiritualized middle finger to the decision makers of the very platforms the church must have a voice on is utter foolishness. We receive no badge of honor by spouting off at the mouth in a way that breaks the rules (yes, unfair rules) and challenges the social media powers. It's childish at best, foolish and destructive to the church's mission at worst.

IF WE BREAK THE RULES WE LOSE OUR VOICE

I, for one, want to keep influencing people on social media with the life and power of Jesus. I can't afford for that message to be banned.

I've yet to be locked out of any social media account. I've not been shadow banned or jailed. I'm not saying it will never happen and I'm not patting myself on the back. I simply understand I must be extremely careful if I want to continue to be heard (even by my very small sphere of influence). There are things that are absolutely unnecessary to say, or that can be said in a way that doesn't poke the bear. We can be smart. We can be led of the Spirit of God. We can use divine wisdom.

This is not a matter of having a backbone or proudly shouting with fervor at our oppressors. It would be extremely easy to state the obvious and call out every anti-Christ spirit we come across on a daily basis. We can shout loud in all caps and presume we are mighty champions of God by refusing to be silent on the matters of the day. Well, yes, you can do that and you can lose your voice. You will lose your platform. You will surrender your privilege to communicate on a private forum.

Chinese Christians know this all too well, except they aren't risking a Facebook account being closed. They are risking their lives. They are faced with beatings and prison. We can only imagine the divine wisdom necessary to survive such an ungodly regime. Yet, the underground church is thriving and China is on pace to host the largest number of Christians in the world in the next couple of decades.

Standing on a street corner in Beijing and preaching the Gospel isn't an option for Chinese Christians. They must be wise. They understand the rules of their particular forum. They are Spirit-led instead of naturally aggressive.

The voice of Chinese Christians has been preserved because they have adapted to their situation. The church is thriving in that restrictive and dangerous environment because of godly wisdom.

If we as American Christians can't figure out how to keep our voice on Facebook, how do we think we will survive when we are forced underground? Brash, bombastic fist-waving won't work then, even if we do it in the name of Jesus.

Photo Credit: “China Flag and Dome” by jamiejohndavies is licensed under CC BY 2.0