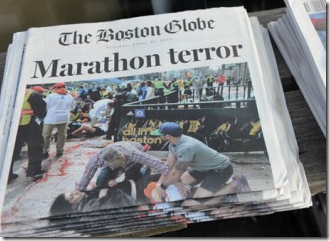 In light of the Boston bombings and the earthquakes in Iran, Oklahoma and Papua New Guinea that followed, I thought it was important to share this message by Bill Click with you.

Before I do, I want to make one important point.

I often experience the resistance of some Christians to what they call negative prophecy. There is a movement away from warnings, end-times revelations and other prophetic insight that highlights disaster, wars, famines, etc.

If the CIA reveals that they picked up on communications from a terror organization who is planning to plant bombs somewhere on American soil, we are thankful for that revelation! We plan accordingly, and urgently!

But, when the prophets mention that they have picked up on communications, they are ignored at best and discredited and resisted at worst.

The point? Listen to the prophets and don’t only receive the messages that tickle your ears. We need to hear the chatter about what is coming. God wants us to prepare for judgments of God and attacks of the enemy that are on their way.

It’s critical that we don’t put our heads in the sand and ignore what’s happening around us. That is not spiritual warfare, it’s abdicating our spiritual responsibility and it’s quite serious. 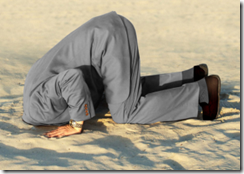 Early on Monday I was trying to decide on a message for the week. I felt impressed to reissue a previous one, and what is below caught my eye. I initially dismissed it as not really relevant for now, that it would need a major revision and edit for update.

I then decided on another one that I would look over a bit before sending.

But after returning home Monday afternoon, and beginning to see the reports from Boston, I decided to reissue the following message from late in 2004, without revision.

What the Lord is Saying at this Time
Originally released on October 6, 2004
Bill Click

1. Something Worse than “911” is Going to Happen in the United States.

On September 14th of this year as Nancy and I were driving, the anointing of the Lord came upon me and the Spirit spoke these words within my spirit: “Something worse than ‘911' is going to happen in the United States.” I have not yet been told anymore about when, where, to whom or through whom. But I am released to share this with you.

Shortly after “911,” there were “Dirty bomb” scares– concerns that Usama bin Laden had nuclear capability. The Lord clearly showed me at that time that bin Laden did– in fact– have the means, but that God was going to protect the USA. Furthermore, it was a conditional word based on the church's continual willingness to be made battle ready in the Spirit by evangelizing the lost, equipping the saints and de-religiousizing the church through authentic spiritual reformation which will be evident by structural transformation. The church must be built as Jesus designed and the Word makes clear– around gifts and offices instead of talents and positions.  For this to take place, the Spirit must be yielded to throughout continual processes which bring constant change until the church is totally designed, led, powered and directed by the Head.

RELATED ARTICLE:   Screencast: How to prepare a 10 minute teaching in 10 minutes or less

It has not been revealed to me what type of calamity is coming to the USA, but the separate experiences concerning calamity and a nuclear disaster which has been averted to this point could very well be related. It is semi-common knowledge that many “close calls” (nuclear & otherwise)– that have never been made public–  have been turned back by the military and other “intelligence” through God's merciful protection during past years.

Regardless of what is ahead, I am sure that the Lord is saying that the “something worse than ‘911′ that is going to happen in the United States” IS going to happen. It is too late to avert it, but not too late to get ready for all trouble by being battle ready in the Spirit, evangelizing the lost, equipping the saints and de-religiousizing the church through authentic spiritual reformation which will be evident in structural transformation– the church becoming truly established by Christ in gifts and offices instead of talents and positions.

2. The Body of Christ Needs to Retire all Credit Card debt by June 2005 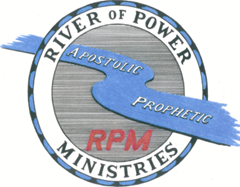 A few days before I received the revelation of calamity I just shared, I was impressed by the Spirit (for reasons I do not claim to understand) “The body of Christ needs to retire all credit card debt by June 2005.” Does this relate to the above? I don't know, but I am confident in sharing this with you. Some reading this will despair, saying: “How will we do it?” Some can do it by discipline and budgeting. There are 8+ months left and it is easy enough to compute (although much harder for many to say “no” to borrowing against a very uncertain future).
Most will need a “supernatural exchange,” like we did in 2002. At the beginning of 2002, the Lord spoke to us to double our giving and then said we would receive increase, with which we were to retire our personal credit card debt. The first four months things got worse instead of better. The increased giving resulted in our only making minimum payment on cards totally $10,000+ in debt. In late April, God began to move and all that debt was retired by the end of August 2002. There is still no debt. In July 2003 we purchased the building we meet in and there is no debt attached to it either. We are a debt-free ministry.

God CAN if we will listen to and follow Him completely. For many, giving and receiving will be the only way you get ready for June 2005. What will happen then? I don't know, but if it turns out that we will have opportunity to invest, or receive wealth transfer at that time (instead of a banking or market collapse that some may read into this), don't you want to be ready for God's increase, whatever it is? To do so, we must all obey the Spirit of the Lord.
3. Terrorism– No Matter how or through whom it Manifests–  is the War that will Grip the World's Attention, Resources & Efforts until the Return of Christ.

I want to assure you as I continue that I am neither Democrat nor Republican. Terrorism is a war without borders that cannot be won, it can only be contained. I agree with President George W. Bush that warring against terrorism requires “perfection” to be successful. People of God, there is no such thing as “perfection” in the natural realm. There IS however, the merciful protection and blessing of God. Blessing, however, is reserved for the obedient. And there will be moments when mercy is to let us see how far we are from God and the severity of the need to continually turn toward Him.

I disagree with the President, however, when he asserts that we must fight terrorism  “there” so we don't have to fight it “here.” We have to fight it everywhere– and it is already here. Begin to claim as your inheritance those who frequent the Mosque's in your area, and pray a laborer in their path– being willing to be that very laborer when the Lord appoints and anoints you for the task.

The Military will never win this war of “terrorism,” but it must continually fight for it to be contained. Those who are truly God's will be rise up and be strengthened when threats and fear abound however, not shrink back. The church WILL continue to be gathered, established and when all is ready– The Father will send Jesus and He will defeat the many differing “fronts” of the war Antichrist wages. But terrorism's root– no matter how or through whom it manifests (Jihad, White Supremacists, antigovernment groups, murderous antiabortionists, the Klan, the intimidation through organized crime, gangs and even vandalism, etc.) is the spirit of Antichrist.

4. Terrorism is only One Strategy of the Spirit of Antichrist's Efforts to Stop the Gospel of the Kingdom and Delay the Return of Christ.

A. False unity in the church. This manifests in various ways, from “dumbing down” God for the seek of seeker sensitivity to “lowest common denominator” multi-church unity meetings to also the efforts to arrive at a “consensus” among gatherings of horizontal church leaders. Where there is no true function of an individual's spiritual nature and grace, there is no true assembling of the Body (Psa.133). Don't fellowship “down” to belong or to include, or to be included. If they want you, then be you when you're there. Don't settle for being rejected by the rejected. You cannot be rejected, you have been accepted by the One whose acceptance of you settles it forever.

RELATED ARTICLE:   Shocking dream : Trust me, take time to listen to this critical message for the church

B. Preference of false religions in our society through what is called “political correctness.” Whether it be in the government, the workplace, in education, in technology, etc. – if you are a “Christian” who proclaims Jesus Christ you will be increasingly singled out, ridiculed, minimized, passed over and otherwise left out in days ahead. KNOW your “place” in the world as a witness, and be ready to increasingly be bold and see the extent to which God is with you. God will protect and provide for those who truthfully represent Him with no apology. Although we ARE to gather resources from the world for the Kingdom (Dt.8:18), we are to above all else be witnesses of Him in that realm (Acts 1:8; Mt.28:18-20).

C. Nations who “cooperate” with one another schizophrenically– always requiring “consensus” before acting as a means of actually preventing that very action, not endorsing it. C. Peter Wagner's description of the “corporate spirit of religion” in his book “Changing Church” can be applied to this realm as well, albeit by another name: “the spirit of Antichrist.” To be included or sought out for the sake of being controlled does not insure that what God has given the church will continue to live, increase and reproduce. Instead, it guarantees its demise.

In the same way, for the USA to place their protection in the hands of other nations playing a schizophrenic “push-pull” of support and inaction while protecting their own interests and covering their own scandals should be easy enough to see for it is: deception at the international level for the sake of “controlling” the USA while protecting the spirit of Antichrist.

President George W. Bush has always cooperated more than enough, and has only acted when it was clear that every resolution to act was meaningless. Even though being in Iraq, Afghanistan and virtually everywhere else is a strain on all our resources, and precious lives have been lost– it is clear in my spirit that George W. Bush is God's choice for the next 4 years. I pray that he receives the support that his being “chosen” should provide. Why? “Because something worse than ‘911' is going to happen in the United States,” says the Lord.

The Body of Christ needs to retire all Credit Card debt by June 2005.

Terrorism– no matter how or through whom it manifests–  is the war that will seize the world's attention, resources & efforts until the return of Christ.

Terrorism is only one strategy of an Antichrist effort to stop the gospel of the Kingdom and delay the return of Christ.