Has Detroit failed in the opportunity to initiate and steward one of the greatest revivals known to man?

Jer 29:11 For I know the plans I have for you,” declares the Lord, “plans to prosper you and not to harm you, plans to give you hope and a future. 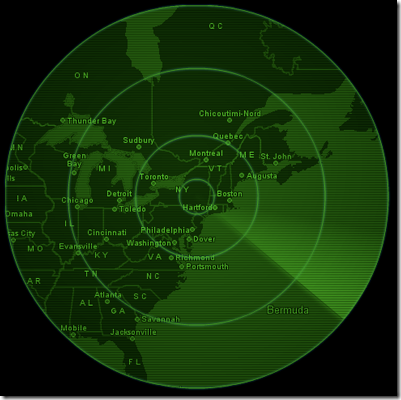 That’s an amazing, invigorating promise! Our God is a very good God and he has very good plans to prosper us. Amen!

Wait just a minute. Let’s look at the context of this popular, biblical word of encouragement.

Just because God is indeed very good does not mean we have carte blanche rights to provide false encouragement to others. We see this quite a bit in the prophetic movement. Well intentioned people desire to encourage others and, instead of giving the pure prophetic message, they focus solely on the positive.

Now, of course, when handled rightly, this has precedence.

1 Cor 14:3 …the one who prophesies speaks to people for their upbuilding and encouragement and consolation.

So, it’s very good and right to prophesy with a motive of encouragement. However, the prophecy must also be accurate. We can’t depart from the truth in order for people to be encouraged.

In Jeremiah 29:11 we see an extremely encouraging word… but consider the larger story:

Jer 29:7 Also, seek the peace and prosperity of the city to which I have carried you into exile. Pray to the Lord for it, because if it prospers, you too will prosper.” 8 Yes, this is what the Lord Almighty, the God of Israel, says: “Do not let the prophets and diviners among you deceive you. Do not listen to the dreams you encourage them to have. 9 They are prophesying lies to you in my name. I have not sent them,” declares the Lord.

First, God, in response to the unsatisfactory condition of Israel, is the one who led them into exile! A very good God did something that we might call bad!

Notice how the “church” was listening to the prophets that gave them the words they wanted to hear? God was clear. He did not send those prophets.

In fact, in stark contrast to the words of quick freedom from exile the false prophets were communicating, God tells them to get cozy in their current situation in captivity. They are going to be there for a while:

Jer 29:4 This is what the Lord Almighty, the God of Israel, says to all those I carried into exile from Jerusalem to Babylon: 5 “Build houses and settle down; plant gardens and eat what they produce. 6 Marry and have sons and daughters; find wives for your sons and give your daughters in marriage, so that they too may have sons and daughters. Increase in number there; do not decrease.

What? We’re believing for freedom! For revival! God is telling us to get use to our captivity? We are to build houses? That takes a long time! Plant gardens? Get married? What?! Have kids? That takes years! Woah. Wait a minute! Then we have to wait for our kids to get married and have kids? This isn’t at all what we are praying for!

No wonder they wanted to listen to the false prophets.

RELATED ARTICLE:   Podcast: The extreme call for the church in the end-times

Then comes the accurate prophecy:

I believe the Detroit region is still on the radar, but the first sweep, the first ping, has passed. How long will this region remain on target? I’ll say this—we can’t risk the time even to discuss it. It’s time to work.

The question is, what is God’s prophetic word for Detroit?

Are we to listen to words that declare that revival is unavoidable and then kick back and wait? Or, is there are greater, more inconvenient plan that God wants to reveal to us?

My view is that Detroit has missed it for this season, and we will need to regroup quickly and prepare for the next sweep. If you look at the radar image I’ve included with this post, you might consider it to represent God’s perspective as he is looking down on America, looking for a city that will rise about the others. Which city church will unite and initiate the greatest revival strategy since 120 people holed up in an upper room 2000 years ago?

It may take a year or five years before the next sweep of the radar comes and Detroit has the opportunity to send an unmistakable ping of revival vibrations heavenward. What will we do between now and then?

I’ve heard it prophesied many times that stadiums would be filled with praying people in Detroit—and I agree with this prophecy. But, it’s a ways off. Stop and consider this. If we can’t even fill churches on Sunday with fiery people, how in the world do we think we’ll fill stadiums with people who are disciplined in fervent prayer? It’s insanity. We couldn’t even fill a stadium at The Call after months of preparation and alarms being sounded! The strategy must change.

Insanity: doing the same thing over and over again and expecting different results. Albert Einstein

Take a moment and pull your head out of any mystical, hyper-spiritual fog you may be swimming in and consider reality:

That means the strategies must change with such extreme and sudden shock that anybody who isn’t locked in with God will be radically disoriented. It’s a necessary disorientation.

Can we be honest with ourselves? The strategies in Detroit, though often extremely honorable, and truly impactful to a degree, have not resulted in revival. In fact, I wonder if the region is spiritually worse off now than it was just a few years ago. The talk of revival is rare and the urgency to contend is falling on mostly deaf ears. People are experiencing hope deferred and sickness is hitting this region.

For this to change, a simple yet costly strategy must be initiated now. The cost is so extreme that anybody who is devoted to the typical American lifestyle just won’t pay it. The cost of revival includes the surrender of personal dreams, lifestyles and plans.

If you are a Christian, now is your time to lock in with great passion and without excuse to the corporate mission of prayer. Be together with other Christians and pray in the Spirit, with fire, continually. Upper room style. No excuses allowed. Cares of life can win no more. Cancel your life. Change your schedule. Your job now, every single day, is to gather and pray.

Check out the plan, and notice how similar it is to the passage in Jeremiah:

2 Chron 7:11 Thus Solomon finished the house of the Lord and the king’s house. All that Solomon had planned to do in the house of the Lord and in his own house he successfully accomplished. 12Then the Lord appeared to Solomon in the night and said to him: “I have heard your prayer and have chosen this place for myself as a house of sacrifice. 13When I shut up the heavens so that there is no rain, or command the locust to devour the land, or send pestilence among my people, 14if my people who are called by my name humble themselves, and pray and seek my face and turn from their wicked ways, then I will hear from heaven and will forgive their sin and heal their land. 15Now my eyes will be open and my ears attentive to the prayer that is made in this place. 16For now I have chosen and consecrated this house that my name may be there forever. My eyes and my heart will be there for all time.

RELATED ARTICLE:   False Human Rights | They are destroying the church and our nation

The church is a house of prayer for all nations. The primary, most dominant activity in the church must be deep and continual prayer. It’s not a house teaching, a house of evangelism, a house of relationships or a house of anything. The church exists for prayer fueled people to conquer the world!

With this in mind, if you want to experience revival in your lifetime, start doing the following:

We can’t take a wait and see approach. Stop playing it safe. Dive in and pay the price and take the risk and participate in the mission of revival with a level of devotion that will help calibrate the church back to the fiery heart of God!

And, do it quickly. The next sweep of the radar is approaching. Fast. And it may not sweep again.