Matt Sorger and Catherine Mullins will be at Revival Church THIS SUNDAY at 6pm! 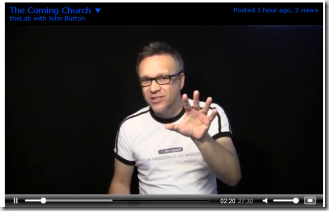 FIRST: The latest XPMedia video has been uploaded! Check out a short discussion on extreme reformation that’s coming to the church. I talk about my vision and my upcoming book THE COMING CHURCH.

There’s a fierce invasion from Heaven coming to the church, and in the vision I saw a fearful, burning crater that was coursing with searing lava.

Head on over to http://www.revivallab.com/xp and watch it now! (I’ll include the first chapter of my book at the end of this message!)

Our amazing worship leader Valerie Ladendorf was ministering with them along with John Kilpatrick, Barbara Yoder and others in New York last week and she was casting the vision of what God’s doing in Detroit and in Revival Church.

They are both extremely excited and expectant of what is going to happen at Revival Church Sunday night!

If you want to experience a ‘crater culture’ (watch the video and you will understand!), come early at 5pm for burning, prophetic prayer as we prepare for a night of fire! 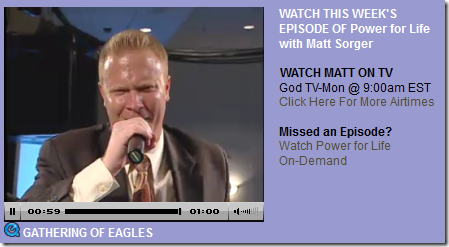 ~ One ~
The Encounter
Spiritual encounters, whether they are visions, dreams or visitations can go a long way in preparing individuals, groups, and even nations for the otherworldly, dramatic and critical shifts that God is setting into motion. Of course, we know in scripture that spiritual things must be discerned spiritually, and it’s important to understand clearly what’s being communicated. We also know that all dreams, for example, are not necessarily spiritual dreams. That must be discerned. I challenge you to stay up until 3 AM and then eat a bucket of hot wings, a can of Mountain Dew and a half a gallon of ice cream and see what kind of crazy images dance around in your head when you finally fall asleep. Experiences like that won’t shake nations. However, the encounter I had absolutely must.
I had a vision of the soon coming church. For me, a spiritual revelation, a message delivered directly by the Creator of the world, is usually very easy to discern. It’s rare that I have to go to someone seeking out an interpretation. The scene and the message are almost always extremely vivid and revealing. I immediately understand what the players and the atmosphere and the story line are attempting to communicate to me.
This particular encounter was no different – in fact, it was so striking, fearful, engulfing and overpowering that the imagery and message will keep me trembling in my spirit forever.
In order to appreciate the magnitude of the message that was communicated to me in the vision, it will be helpful to understand the context. If you can imagine, at least to an incredibly small degree, the picture of the church that God himself sees, it shouldn’t be a stretch to realize the picture of the church that we see on the Earth clearly cannot match up. Meaning, when God drew up the glorious church leading up to its launch in the book of Acts, that diagram that was before him looks little like the church we see today. God’s church looks little like the church we have come to know.
Acts 2:1-3 When the Day of Pentecost had fully come, they were all with one accord in one place. And suddenly there came a sound from heaven, as of a rushing mighty wind, and it filled the whole house where they were sitting. Then there appeared to them divided tongues, as of fire, and one sat upon each of them. 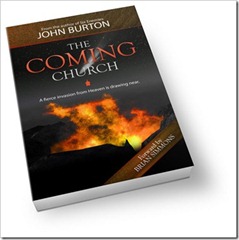 Do me a favor and read that passage in Acts chapter 2 one more time. I want those three verses to dive into your spirit and shake you up. When God started diagramming the church, this is what he envisioned — this is where he started. When you compare this passage of Scripture with descriptions of the modern-day church as we know it, it seems like were comparing apples and oranges.
I’d like to ask you to read the passage one more time. As I’m writing this, I feel the Spirit of the Lord starting to burn in my inner man. Let me pray for you right now just before you read it again:
Mighty God, I pray the burnings of your Spirit would be transmitted into your friends heart. Give them a glimpse into the supernatural yet strikingly real realm of the church. Give them the capacity to release old paradigms, structures, traditions, mindsets and cultures as they come alive to the reality of the church as you see it. Amen.
Okay, go ahead and read the passage in Acts chapter 2 one more time.
Acts 2:1-3 When the Day of Pentecost had fully come, they were all with one accord in one place. And suddenly there came a sound from heaven, as of a rushing mighty wind, and it filled the whole house where they were sitting. Then there appeared to them divided tongues, as of fire, and one sat upon each of them.

Is it becoming a little bit easier to understand just what the church should look like? You see, as God designed and then launched the church, it was literally blowing and burning and every one of them in that upper room experienced it. As we begin to embrace the truth that passages like this are not science fiction, and that they communicate actual phenomenons that are to be normal for us as Believers, it will become easier to leave behind what we know and press toward the soon coming church. We will suddenly find ourselves so deeply dissatisfied that any thought of maintenance becomes quite insane.
Now, keep in mind that this fiery reality was communicated to us by Jesus, by the Word. This passage is the Word of God, not simply a descriptive, historical report. So, God’s plan is for the church to be a supernatural raging furnace of Holy Spirit activity.
I have heard it said that the only thing more powerful than the Word of God is tradition. The traditions of man overpower the greatest power in existence — Jesus Christ himself. Do you feel the weight of that? Is it possible that we need to embrace the fear of the Lord again? The thought of allowing man-made concepts, structures or agendas to push aside and nullify God’s plans seems ridiculous. Yet it happens with stunning regularity every day all over the world.
Mark 7:13 …making the word of God of no effect through your tradition which you have handed down…

Of course it’s true that the definition of the church cannot be limited to one perspective of one segment of the greater structure. It is certainly true, as is revealed later on in Acts chapter 2, that the healthy church will include wonderful fellowship, breaking of bread, powerful preaching, discipleship, evangelism, prayer and other critical activities. However, what we see in the church today is a lot of activity, even good activity, but usually without the tangible burning and blowing of God’s Spirit.
The Crater
If you take a look at the cover of this book, you will see a futilely poor attempt at visually communicating what I experienced in my vision. In the vision, I found myself in a dramatic, apocalyptic scene. Everything seemed to be colorless, or at best a variety of dark blues, grays and greens. The ominous clouds matched up with the dark and wild landscape all around me.
Directly in front of me was the focal point of the vision, a tremendously massive crater. I can’t begin to describe in human language the overwhelmingly weighty, urgent, and fearsome atmosphere that gripped me and demanded my complete attention. I was trembling as I looked at the edge of the crater in the distance. As I slowly walked toward the gigantic hole in the ground, I knew I could not approach it casually. The fear of the Lord surrounded me. I couldn’t imagine what type of alien invasion could have created an impression this deep in such solid ground. The force had to have been greater than anything my human mind could comprehend.
As I was analyzing the drama that I was experiencing, God revealed to me that the crater that I was drawing near to was the church.  The church? My mind certainly couldn’t even begin to analyze what that meant, but my spirit was raging. My mind presumed I should be looking at a small, white church building with a steeple, but that was not at all what my eyes were seeing.
My spirit was provoked and alive, but I knew that those who were more logical than spiritual in their life experience would most probably resist what is just over the horizon.
1 Corinthians 2:14 But the natural man does not receive the things of the Spirit of God, for they are foolishness to him; nor can he know them, because they are spiritually discerned.
Note, this doesn’t mean the unsaved, it means those who are naturally minded. That’s a lot of Christians. Here’s what Paul says next:
1 Corinthians 3:1-2 And I, brethren, could not speak to you as to spiritual people but as to carnal, as to babes in Christ. I fed you with milk and not with solid food; for until now you were not able to receive it, and even now you are still not able;
I continued to tremble as the increasingly intense, colorless atmosphere engulfed me, and as I ever so carefully, fearfully, yet with intense curiosity approached the edge of the church, the crater.
Again, I realized I couldn’t casually participate. This was a very clear message that I was receiving. The days of casually connecting in the church were over. The shaking and trembling rocked my whole being as I approached this invasion of Heaven into Earth.
Once at the edge, I was stunned and my senses were overwhelmed as I looked at what seemed to be alive. While everything else around me was gray scale, I saw vivid, bright and glowing hues of orange, yellow and red and a prism of colors in between. The bright, colorful, burning lava was living and active. It was moving, coursing throughout the crater. My trembling intensified.