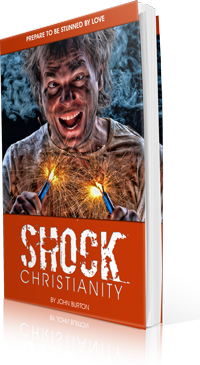 We are seeing the beginning of the greatest movement of love the world has ever known—and the greatest confusion about love in history.

In ministry I have had the unfortunate opportunity to witness people spinning out time and time again when they aren't affirmed the way they think they should be. The enemy is offering his anointing of accusation to wounded people so they can point a finger and identify failures in others. The truth is that most often they simply don’t understand what love really looks like in the Kingdom.

It’s extremely easy to point out self-defined lack in another’s life with the accusation that they are not acting in love. This is an accusation that I and many other aggressive & prophetic leaders, who shock and rock and tear down idols and altars, have received more than once.

The problem? There’s confusion about what love is. True love will often shock us, and we are most certainly in a time when that jolt must come.