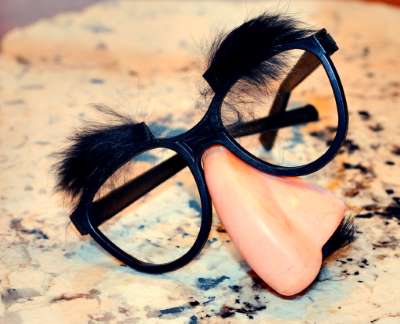 Many are getting vaccinated in secret because of the shame associated with it in their circles.

The Covid-19 vaccine has become so polarizing that some people in Missouri are getting inoculated in secret for fear of backlash from their friends and family who oppose vaccination, a doctor told CNN on Wednesday.

Vax shame is alive and well throughout our nation and it is attached both to vaxers and anti-vaxers. This is an equal opportunity offense that is creating some of the most ridiculous and foolish division our nation has ever seen.

Controversial NBA legend Charles Barkley chimed in on the vaccine debate by saying, ““Yes, I’m vaccinated. Everybody should be vaccinated. Period,” Barkley said. “The only people who are not vaccinated are just [expletive].”

The shame is as intense for those who get the shot as for those who do not. No wonder people are going incognito through secret entrances during off-hours at their local doctor's office to get the vaccine.

CHRISTIANS MAY BE AMONG THE WORST OFFENDERS

It seems love, honor and civility have long been abandoned in this era of plagues and politics. The ability to share strong opinions while valuing other's positions seems to be rare today.

While I have an opinion on the matter (though I admit there are unknowns, I believe COVID could be neutralized in a matter of weeks if one hundred percent of Americans were vaccinated), my primary focus right now is the shame that is rampant among Believers.

I just heard about two hospitals reporting 34 deaths from covid since Friday. 14% of people hospitalized are dying and 40% in the ICU are dying. Almost all are unvaccinated. Whether you are pro or anti-vax, this has to make you think.
This resulted in the firestorm that you might expect.

More than one has argued that getting vaccinated is sorcery. When asked if they personally refuse all medicine or if they would counsel cancer patients to refuse medical treatment, they didn't have an answer.

Others have questioned people's faith in God if they use medicine. Many are fully rejecting the statistics of those who have died or been hospitalized because of the virus. They are firmly suggesting it's all a hoax.

I've been called a liar for sharing the reasons for my position. I've been chastised for spreading fear. My faith has been called into question.

When I wasn't being personally shamed, I was entertaining common but bizarre conspiracy theories about the virus being a tool of manipulation, the injection equating to the Mark of the Beast and the vaccine killing more people than the disease.

Christians especially are turning to rogue news sources, doctors and others in their echo chamber that will report exactly what they want to hear. The tin hat crowd has gone mainstream.

Firsthand medical worker accounts like the following from Branson Tri Lakes News are rejected as fake:

“We’re the ones who see that look of fear in their eyes as they’re trying to breathe and know they’re going to have to go on a ventilator. They’re struggling with the bi-pap and they look at us so helpless and scared and desperate. It is like a prison for all of us, I think.”

The latest data about hospitalizations is being denounced by the religious right as propaganda.

Dr. Frank Courmier, a pulmonary critical care physician at Our Lady of Lourdes, tells KATC 99 percent of the new cases at the hospital come from people who have not received the COVID-19 vaccine.

Malcolm and Kris Ehresmann, the director of infectious disease prevention for the Minnesota Department of Health, say more than 99 percent of new coronavirus cases, hospitalizations and deaths are people who are not vaccinated.

In Texas, 99.5% of people who died from COVID from February through July 14 weren't vaccinated, per the Texas Tribune's reporting on preliminary data from the Texas Department of State Health Services.

In southern Missouri, an area that leads the nation as a delta variant hot spot, “almost every COVID-19 patient in Springfield's hospitals is unvaccinated,” the Atlantic reported.

“Over 99% of the COVID-19 cases, hospitalizations and deaths we are seeing (in LA County) are among unvaccinated individuals,” county Public Health Director Barbara Ferrer said in a statement Monday.

Apparently this is all propaganda and we should shame all who believe it.

WEAR A MASK, GET EXCOMMUNICATED

The shame doesn't end with the vaccine. Masks are back in the news and one pastor seems to be capitalizing on that fact.

MT. JULIET, Tenn. (WKRN) — The pastor of a Mt. Juliet church has threatened to kick out members of his congregation if they show up in masks amid a nationwide surge in COVID-19 cases fueled by the delta variant.

Locke said, “If they go through round two and you start showing up all these masks and all this nonsense, I’ll ask you to leave. I will ask you to leave. I am not playing these Democrat games up in this church. If you want to social distance, go to First Baptist Church, but don’t come to this one.”

I fully support people's right to make their health decisions without coercion. While I believe we must be free to evangelize our values in an honoring, healthy manner, I reject the idea that any of us should be forced to get (or not get) the vaccine. To shame people who want to wear a mask to church is insane.

It's not that I don't understand the passion to rise up against any sort of propaganda, inappropriate government control or false narratives. It's that too many have done so in rebellious, arrogant fashion that brings shame to the name of Christ.

THE OTHER SIDE IS NO BETTER

While my primary viewpoint is Christian society, it's important to note that the aggression from the other side is just as strong. The shame vomited all over those who choose not to get vaccinated is despicable.

We need to be able to share strong opinions without shaming.  Oh, and we should also be allowed to wear a mask at church and, if we so choose, go to our doctors without donning a fake mustache and glasses.

Photo credit: ““Another belief of mine: that everyone else my age is an adult, whereas I am merely in disguise.” Margaret Atwood” by katerha is licensed under CC BY 2.0