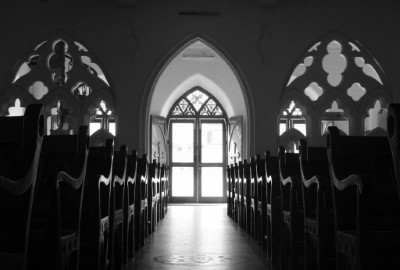 Controversial prophetic leader Jeff Jansen is under fire this week.

Newsweek brought a controversial viewpoint, one held by many Christians (and refuted by many others) to the forefront yesterday. “What's coming can't be stopped,” Jansen said in a Facebook video on Tuesday. “There's all kinds of amazing things that are happening, and I'm talking about President Trump. I'm talking about him coming back into power.… I'm talking about everything that God promised, back-to-back terms.” While many who have dug their heels into the ground regarding the certain re-election of Donald Trump have quietly stopped pushing their agenda, Jeff Jansen continues to stand firm. Other ministers have issued apologies for missing the prophetic mark but there are some, Jeff included, who are not shying away on what they feel is inevitable—the heroic return of Donald Trump. Newsweek followed up with another report today, “Evangelical Christian pastor Jeff Jansen, a self-described “prophet,” said that he is “quadrupling down” on his prophecy that former President Donald Trump will be reinstated—despite his previous prediction that this would happen by the end of April failing to materialize.” I've often wondered just what benefit there is to predicting certain things such as who the next President will be. Understand, I fully affirm legitimate prophetic ministry. I'm convinced we need to hear God's voice more, not less. In fact, God will be revealing extremely important information to those who have an ear to hear as we move deeper into the End Times. Key revelation will be needed so the church can respond in strategic intercession and move into position to battle the enemy and advance the Kingdom. Without divine communication, God's people will be at a great disadvantage. We can be sure those who are tuned in to the evil one will respond with precision to his commands. That being said, the barrage of prophecies about Donald Trump have resulted in some really bad fruit and widespread division among Believers. I honestly can't think of any healthy, beneficial result of forcing these so-called prophecies into the mainstream conversation. Are we looking for an I-told-you-so moment? I know many are. They point their fingers and puff out their chests as they proclaim, “Just wait, you'll see. The prophets were right and you will be exposed as one who is lacking faith, naturally minded and listening to the voice of the enemy.” I know that sounds extreme, but that sentiment, if not those very words, is being relayed. Those who disagree with the prophecies are outed as doubters, enemies of God's plans. I'm so appreciative of Dr. Michael Brown's leadership in releasing the Prophetic Standards Statement. It's time for calibration to God's Word in the prophetic camp. The “thus sayeth the Lord” approach to prophecy is often damaging to those who are listening, and watching, and waiting for the word to come to pass. Quite often, it does not and the level of faith of those who are tainted by the unnecessarily bold prophecy plummets.

JEFF JANSEN HAS BEEN REMOVED FROM MINISTRY

To say Jeff is under fire this week would be an understatement. I believe it's necessary to emphasize how important it is to pray for Jeff. We all know, regardless of his situation, Satan is looking to devour him. We shouldn't be doing the same. Love-driven intercession for Jeff, especially right now, is mandatory. Yes, it's appropriate to address the issues that Jeff is bringing front and center, and it's right to confront any trouble that results. This is a seriously critical season of learning for the church, and we need to allow the Holy Spirit to recalibrate us. Unfortunately, people God loves can often be spotlighted during such seasons. Our response must include sobriety, fervent prayer, introspection, repentance and a determination to undergird those in challenging seasons. The enemy wants to crush Jeff. God wants to bless Jeff. In possibly unrelated news to Jeff's controversial prophetic views, Newsweek reviewed a message received by those connected with Global Fire Church. Jeff's information seems to have been removed from the church website and his wife, Jan Jansen, is now listed as the Senior Leader. “It is with deep sorrow that Jeff Jansen has been asked, by his board, to step down as Co-Senior Leader of Global Fire Church, and from Global Fire Ministries due to unscriptural and unbiblical behavior. He was asked to step down in April, and this was made public to the church body on May 2, 2021. A statement was released to partners and friends on May 5,” the email said. “Rather than submit to the process of healing and restoration, Jeff recently made an intentional decision to leave his wife and family to pursue his own desires. He remains unrepentant and unremorseful,” the ministry said. The statement noted that any further actions or statements from Jansen should not be associated with Global Fire Ministries. Many years ago I had a significant “God moment” that was nothing short of miraculous, and Jeff was instrumental. I had the opportunity along with a few others to connect with him in his hotel suite in the Detroit area. I won't go into details, but suffice it to say that God dramatically impacted my life through Jeff. The reports from this week are grieving to my spirit and I hurt for him and his family. Unfortunately, we as Christians have the responsibility to react and respond, and if necessary, warn about trouble. Certainly, we also have the responsibility to pray. We don't know what's going on inside of the heart of those who are in the midst of trial. We are left with the call to analyze fruit. Bad fruit doesn't make someone bad. It doesn't make them unredeemable. Quite the opposite. Those are the very ones God desires to reveal his love to in an even more powerful way. Of course, this part of the comments by Global Fire Church is quite disturbing: “Rather than submit to the process of healing and restoration, Jeff recently made an intentional decision to leave his wife and family to pursue his own desires. He remains unrepentant and unremorseful.” If true, Jeff is without question disqualified from ministry. In fact, his soul is in jeopardy. Satan is raging and the church must respond in love and en force! The takeaways to all of this include the need to cover (not cover up) our brothers and sisters in Christ. We as the church must endeavor for prophetic accuracy and conformity to biblical protocols. We should understand the times we are in volatile. We have no option to dabble haphazardly in the prophetic. We need to embrace humility. Intercession must skyrocket. I'd like to conclude by saying I'm praying that Jeff is well, the reports are not accurate and that concern is unwarranted. If his prophecies come true, we should celebrate. If the situation in the church and with his family is other than is being reported, we can rejoice. We need more bold prophetic leaders right now, and for many years, Jeff Jansen has been one of them. At this point, however, it seems all of us, Jeff included, should seek God's face and allow him to refine, redefine and renew us. A humble, repentant heart is necessary if we are to endure what is to come. Photo credit: “play of light in santhome church” by VinothChandar is licensed under CC BY 2.0
Posted in Prayer, Prophecy, The Church and tagged global fire, jeff jansen, michael brown, ministry, prophecy, prophetic
Leave a comment