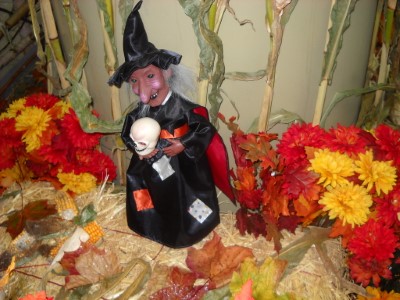 Spirits of control and rebellion are hovering over our nation.

Take a half step back and gain a wider view of the epic clash that’s playing out in America. You’ll witness a supernatural assault that is fueled by mankind’s resolve to be in control. An unwitting alliance between puppet and puppet master has been working brilliantly in recent months. Invisible and extremely powerful demonic entities are the ones in control of the strings. The brilliance? They have convinced a culture that control is a desirable weapon, all while they are the ones truly in charge.

Opinions and actions concerning masks, politics, riots, the election and other trending topics of the last year are all too often manifestations of control and rebellion. It’s witchcraft. Has a spell been cast over America? Well, I question whether a spell is needed when so many of its citizens are so eager to embrace these extremely powerful tools of destruction.

As a pastor for many years I can tell you that witchcraft is an extremely powerful force. I’m talking about traditional witchcraft like I’ve experienced first hand many times. I’m also talking about what’s known as Christian witchcraft that manifests in gossip, manipulation and betrayal. I’m sure many pastors would agree that it’s easy to discern that evil spirit of control and rebellion even if there are no outward signs.

However, there’s an even more subtle form of witchcraft (control and rebellion) that even the most secular (or most Christian) person can employ. This is what we are seeing bring destruction to our once great nation.

CANCEL CULTURE IS A MANIFESTATION OF HATRED AND CONTROL

It shouldn’t surprise us that the largest population group in America would have the greatest influence. The non-Christian segment of our nation is leading the charge. This is detrimental to us all as they simply cannot exhibit leadership marked by true biblical love. Consistently producing fruits of the Spirit such as peace, patience, kindness and gentleness isn’t possible. It’s not because they are all terrible people, but rather because they don’t have the enabling power of the Holy Spirit. Christians have a tough enough time trying to walk in this life-giving manner. Without the indwelling of the Spirit of God, it just can’t happen.

Without the power of God, the strings of the puppet master become enticing. The veiled promise of control and power the enemy offers is too hard to pass up. The virtue signaling can then begin as the ungodly promote their agenda.

The ambitious goal of cancel culture is to eradicate hate, abuse, immorality and other national and personal sins. It will never work.

The threat of being canceled may, to a very small degree, modify the outward expression of hatred, but it will do nothing to cause someone to stop hating. In fact, it may have the reverse effect of adding fuel to their fire.

Only a radical encounter with Jesus can remove the wickedness of hatred and all of the other sins cancel culture is attempting to address from a person's heart.

Further, cancel culture is inherently evil as it loathes what is possibly the greatest expression of love and transformation: forgiveness. No, cancel culture thrives on punishment, shame, control and, yes, hatred. You can't eradicate hatred with hatred.

The cancel culture alarmists unilaterally determine what should be canceled and what should not. They are writing the rule book. They are controlling the narrative.

The model of Jesus is, yes, despising wickedness. It's also loving enemies, costly forgiveness and redemption.

I wonder if there's anything more contrary to the Gospel in America today than the hate-driven, punitive, shaming and life-destroying cancel culture.

In fact, if we saw the underbelly of cancel culture we’d understand their agenda isn’t at all about eliminating hand-selected American vices. It’s about control. They have been seduced by this strong and wicked spirit of witchcraft and will stop at nothing to gain control of the narrative. They eagerly destroy people’s lives in their pursuit of power. The seduction dilutes any sense of love and forgiveness as they rip to shreds any and all who stand in their way. Their picture of a perfect America is worth casualties and collateral damage. They destroy with passion.

A SPIRIT OF CONTROL HITS HOME WITH MASKS AND LOCKOWNS

If there’s a trigger word today it’s masks. Lockdowns would be a close second. I suppose Trump is in the mix too.

For the past year social media has been dominated by aggressive opinions, accusations, finger pointing and all sorts of rebellious behavior regarding masks and lockdowns. I’m convinced that many a politician enjoys a guilty pleasure when they enact mask laws. The rush of power and the satisfaction of controlling others are addictive. Am I saying nobody has pure motives in their mask and lockdown legislation? No. Am I saying the science supporting masks and lockdowns is entirely flawed? No, not entirely. However, it’s abundantly clear that many politicians and people of influence are capitalizing on the opportunity to gain greater control over the people they were called to serve.

I’ve often wondered why there’s such a clear divide on the issue of masks and lockdowns between the left and the right. It’s truly fascinating. Is it as simple as big versus small government? I don’t think so (though I do believe big government thrives on control). Is it because freedom-loving Christians are typically right-leaning conservatives? Possibly, at least in part. Could it be many on the right are marked by independence and personal responsibility while many on the left are more focused on systems that diminish personal responsibility and promote a sort of quasi-fairness for all? Probably. Could it possibly be that those on the right are often marked by their zealous love for America while those on the left tend to be less patriotic while focusing on the negative issues in our nation? While I understand these are generalities, we have to consider the possible nuances. Those on the left are quicker to identify issues by taking a knee while those on the right celebrate the positives while standing for the flag. Again, I understand there’s overlap, but these general ideas warrant consideration.

Regardless, it’s still interesting how it plays out. Many on the left are enraged when they can’t control others and force them to wear a mask. The rage may even be greater on the side of the right as they tend to become unglued when forced to wear a mask. Have you seen some of the fights that have broken out at shopping centers simply because someone was asked to wear a mask?

I’ll be direct: the invisible yet powerful evil spirit of control is manifesting in both the left and the right. Some people want to control others while others want to maintain control of their own lives. Witchcraft has seduced both with a wicked concoction of control and rebellion.

If a spirit of witchcraft is driving your beliefs and emotions, you will find yourself agitated, triggered and aggressive when control is removed from you. The threat of losing charge of your American experience is enough to cause you to adopt the puppet master’s tactics instead of being driven by the Spirit of God.

When we are led by our flesh we get agitated when people don't see things the way we do.

When we are led by the Spirit we love more deeply when people don't see things the way God does.

Freedom isn’t defined by the absence of controlling factors in our lives. It’s defined by refusal to lose our liberty in the face of oppression. Only Jesus makes this possible.

We need mass repentance in America, and fast. It’s time to sever our ties with the enemy and renounce control, rebellion, pride and all forms of witchcraft. The spell of witchcraft on our nation was cast not by wicked witches, but by pure-blooded Americans who are fueled by their own prideful desires. It’s time to humble ourselves and to cry out to God for mercy on America.

Photo credit: “Witch” by www.metaphoricalplatypus.com is licensed under CC BY 2.0