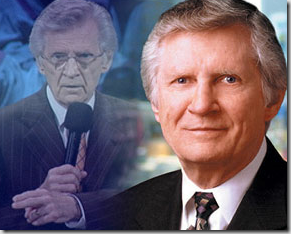 I believe God´s vision for His last-day church is based on His revealed Word-because the Bible clearly outlines what the church of Jesus Christ will be like just prior to His coming.

The church in America is far from what God envisioned it to be. For the most part, entire denominations today operate without the Holy Spirit. They are devoid of the presence of Jesus and bankrupt of all spiritual gifts. They practice a form of religion without any power, conviction or saving message. They are cozy with the world and are more political than spiritual. They appease sin, wink at divorce and ridicule the supernatural, while tossing aside all teaching about heaven, hell, repentance and judgment.

The New Testament church made devils tremble! It drove legions of demons into the abyss, prayed prison doors open, made rulers cringe in fear. Those early believers had such faith and power that cripples rose up leaping and beggars became evangelists. They believed in the supernatural and they opened blind eyes, unstopped deaf ears and healed all manner of diseases. They even raised the dead!

RELATED ARTICLE:   Is the House of Prayer movement running out of steam?

I am not saying God´s last-day church will be a repeat or copy of the first-century church. No-I am saying it will be even greater than that! It will be mightier, stronger, with an ever greater revelation of Jesus. It will have greater unction from the Spirit than ever- greater even than at Pentecost! God always saves His best wine for last!

The prophet Daniel confirms this. He said that certain prophetic truths were locked up, only to be revealed in the last days: "For the words are closed up and sealed till the time of the end. . . .

Today the Holy Spirit is revealing these things to spiritual, discerning saints! "It is written: `Eye has not seen, nor ear heard, nor have entered into the heart of man the things that God has prepared for those who love Him.´ But God has revealed them to us through His Spirit. For the Spirit searches all things, yes, the deep things of God" (1 Corinthians 2:9-10).

RELATED ARTICLE:   You may be surprised to discover what salvation is—and isn’t. Revival Church Sunday 6pm.

The Lord is preparing a powerful yet humble army of shepherds after His own heart and also a remnant congregation of hungry sheep who have turned away from the deadness and sin of the modern church. The scene is being set for that church which will be hot, not lukewarm-and it will rock the very foundations of hell.

No power on earth will be able to ignore or despise it!