If Jesus isn’t concerned or taking action, the next move is ours. 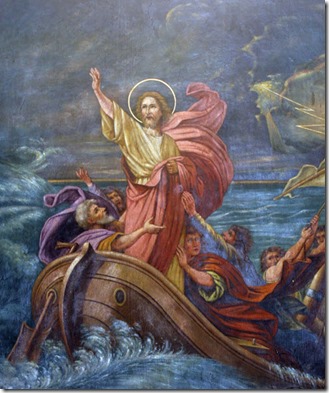 My pastor delivered a powerful sermon this morning here in my home town of Branson, Missouri. This article, while different than what I heard this morning, is a result of God’s anointing on his life and on the teaching he brought.

A NEW PRAYER STRATEGY WILL SET YOU FREE

When I consider going to God with my issues, concerns, troubles, needs and other personal trials, I first ask myself a question. Is God going to respond to me by asking, “Why are you so afraid? Have you still no faith?” It’s quite possible that I should not bring my issue to God at all.

I realize that God loves it when we pray, and there are many types and ways to pray that are applicable for various situations, but I have learned to consider my heart condition and motive behind the prayer. Both matter.

It’s extremely easy to function from a place of doubt when we consult with God. It’s common, for example, to doubt our needs will be met, and this can manifest through prayer, hoping that God does something to remedy our situation. While it’s good to have any sort of conversation with God, we also need to know that his response will be tied closely to our faith that’s connected to our prayer.

Let’s look at the entirety of the well known passage in Mark chapter four:

On that day, when evening had come, he said to them, “Let us go across to the other side.” And leaving the crowd, they took him with them in the boat, just as he was. And other boats were with him. And a great windstorm arose, and the waves were breaking into the boat, so that the boat was already filling. But he was in the stern, asleep on the cushion. And they woke him and said to him, “Teacher, do you not care that we are perishing?” And he awoke and rebuked the wind and said to the sea, “Peace! Be still!” And the wind ceased, and there was a great calm. He said to them, “Why are you so afraid? Have you still no faith?” And they were filled with great fear and said to one another, “Who then is this, that even the wind and the sea obey him?” Mark 4:35-41 (ESV)

The obvious thing for Christians to do when in a time of trouble is to go to God. I want to propose you may have more success at times by not going to God.

If you are in relationship with him, and are living a life of overcoming faith, and you know your authority, it’s not necessary to have a consultation with God every time you have to make a decision or every time the going gets tough.

Quite often, the correct step is to refuse to bother Jesus. He was asleep on the boat in the midst of the storm—and he should have been left alone.

This principle is true for us today as well.

Many of us have a habit of attempting to shake God awake to our situation, and instead of him resolving the problem, he asks, “Why are you so afraid? Have you still no faith?”

The correct thing to do would then be to resolve the situation ourselves!

In the midst of storms, or at the point of decision, God may “sleep” (be unresponsive to our petitions) for at least a couple of reasons:

But when he asks, he must believe and not doubt, because he who doubts is like a wave of the sea, blown and tossed by the wind.  That man should not think he will receive anything from the Lord;  he is a double-minded man, unstable in all he does. James 1:6-8

WHO THEN IS THIS?

“Who then is this, that even the wind and the sea obey him?”

Instead of being asked, “Why are you so afraid,” people will be asking about us, “Who then is this, that even the wind and the sea obey him?”

The passage indicates that there were other boats in the storm as well. The story most probably should have been quite different. With Jesus still asleep, those on the other boats would have pointed to the disciples and fearfully and joyfully asked with great passion, “Who then is this!”

The answer would have been remarkable as they directed everyone’s attention to a sleeping savior. Jesus would receive all the glory and his power would have been undeniable—calming the storm as he slept, manifesting his plan through the authority of his followers.

KNOWING OUR AUTHORITY IS CRITICAL

It’s important that I make it doubly clear that I in no way am attempting to say we are to advance without Jesus or without living a life of fervent prayer. We must be so intimately connected to Jesus on a continual basis, that our prayer shifts from mostly needy, clueless and concerned to mostly relational. We can pray in the Spirit, make decrees and declarations and legislate from a place of great strength and spiritual authority because of our life of relational prayer and intercession.

And he called the twelve together and gave them power and authority over all demons and to cure diseases,  and he sent them out to proclaim the kingdom of God and to heal. Luke 9:1-2

When casting out demons or praying for the sick, we never have to go to God petitioning for him to deliver the oppressed or make the sick whole. Why? We can let God “sleep” and do it ourselves! We are to cast the demons out. We are to heal the sick.

And when they came to the crowd, a man came up to him and, kneeling before him, said, “Lord, have mercy on my son, for he is an epileptic and he suffers terribly. For often he falls into the fire, and often into the water. And I brought him to your disciples, and they could not heal him.” And Jesus answered, “O faithless and twisted generation, how long am I to be with you? How long am I to bear with you? Bring him here to me.” And Jesus rebuked the demon, and it came out of him, and the boy was healed instantly. Matthew 17:14-18 (ESV)

In the above passage, Jesus should not have been disturbed. His disciples should have handled the situation themselves, but they couldn’t. They didn’t have faith (even the faith the size of a mustard seed). The result? Jesus called them twisted!

Not only don’t I want God to respond to my prayer by asking why I’m afraid and why I have no faith, but I really don’t want him calling me twisted!

The seventy-two returned with joy, saying, “Lord, even the demons are subject to us in your name!”  And he said to them, “I saw Satan fall like lightning from heaven.  Behold, I have given you authority to tread on serpents and scorpions, and over all the power of the enemy, and nothing shall hurt you. Luke 10:17-19

We have been given authority over all the power of the enemy! Nothing shall hurt us! No storm is powerful enough! We can let Jesus sleep as we administer his truth and power in the world.

Instead of being called twisted and afraid, this generation will be looking on from their boats and ask, “Who then is this?”

God is ready to promote you from a life of struggle to a life of power, peace, strength, confidence and breakthrough!

Jesus might be sleeping, but he’s not disconnected. He’s waiting for you to manifest his peace and his power as you annihilate obstacles, calm waves, move mountains, heal the sick and set the captives free!