Addressing error without compromising our credibility

The need for people who rightly divide the truth is only going to escalate as the end-times season we are in continues to unfold. These Bereans are valuable and it would do us all well to embrace the opportunity to analyze our belief systems and to grow.

Instead, all over social media especially, we see critical and arrogant spirits assaulting others they disagree with theologically. For Christians to be rude and to operate in a spirit of accusation makes one wonder if they are saved at all. In fact, the moment we utilize methods of communication that contradict the fruits of the Spirit, we lose our credibility. Fortunately, there are many people who confirm their credibility by debating and discussing with love and honor. Communicating with them is a pleasure. However, all too often, supposed guardians of theology are zeroed in on proving their point and on shaming all who disagree. On the contrary, the shame is on them as they attempt to demoralize and invalidate people’s ministry. The focus is on mistakes, errors, disagreements and weaknesses instead of building them up, honoring them and encouraging them in the Lord.

10 Love one another with brotherly affection. Outdo one another in showing honor. Romans 12:10 (ESV)

As one who absolutely affirms bold and provocative messages, I’m dismayed that so many who name the name of Jesus presume boldness equates to cruelty and divisiveness. Haters and debaters who are driven by a contentious agenda against those they disagree with are doing great damage to the church. Strangely, they presume to be the champions of truth, knights in shining armor who are to be celebrated for defending their absolutely “perfect” view of Scripture. They presume themselves to be Bereans when in reality they are aligning themselves with a dark spirit of accusation and assault. These are no Bereans. They are, in fact, Thessalonians.

2 As his custom was, Paul went into the synagogue, and on three Sabbath days he reasoned with them from the Scriptures, 3 explaining and proving that the Christ had to suffer and rise from the dead. “This Jesus I am proclaiming to you is the Christ,” he said. Acts 17:2-3 (NIV)

In Thessalonica, Paul was reasoning in the synagogue and revealing the glorious truth of Jesus. Some were persuaded, but many weren’t, and instead of exhibiting love in disagreement, they started a riot. This riotous spirit is driving the religious today, people who are not at all interested in life-giving truth. Their motive is selfish, protecting their own way of life and belief system.

5 But the Jews were jealous; so they rounded up some bad characters from the marketplace, formed a mob and started a riot in the city. They rushed to Jason's house in search of Paul and Silas in order to bring them out to the crowd. Acts 17:5 (NIV)

I think I’ve met some of the bad characters the verse mentions. They are all over Facebook. In the face of this, Paul and Silas moved on to Berea.

10 As soon as it was night, the brothers sent Paul and Silas away to Berea. On arriving there, they went to the Jewish synagogue. Acts 17:10 (NIV)

Many presume the Bereans heard the message and then, with a nasty, suspicious look on their face and thick theological walls built up, they put their noses into the Scriptures, looking to refute all that was being said. This is not what happened at all. Many modern “Bereans” are some of the meanest, most arrogant and unteachable people in the church. They are so tightly wound up, fearing even the slightest threat to their personal doctrines that they often slander and accuse people they oppose. This is not how the Bereans in the Book of Acts responded. Not at all.

11 Now the Bereans were of more noble character than the Thessalonians, for they received the message with great eagerness and examined the Scriptures every day to see if what Paul said was true. Acts 17:11 (NIV)

Did you notice that the Bereans were of more noble character than the Thessalonians? Did you notice why? They received the message not with great suspicion, but with great eagerness! They were excited about this fresh, life-giving message that Paul was revealing to them! Their energy wasn’t spent discounting the message but rather in searching the Scriptures to see if it was true.

Because of this, many Jews and Greeks were transformed.

The story doesn’t end there, however.

13 When the Jews in Thessalonica learned that Paul was preaching the word of God at Berea, they went there too, agitating the crowds and stirring them up. Acts 17:13 (NIV)

The Thessalonians actually went to Berea to hunt down Paul and agitate the people because of his message!

I propose many who assume themselves to be Bereans are actually Thessalonians—people who are more intent on hunting, agitating and stirring up instead of eagerly receiving revelation from the Word of God. 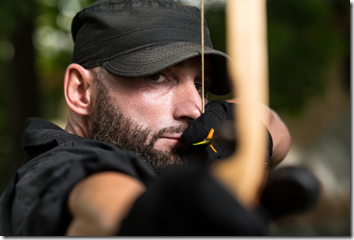 When engaging in conversation, especially online on social media or in the comments section of articles like this one, simply be nice. Discussions and healthy debates are supposed to be fun and edifying!

I try to make it a point to address false theologies while never assaulting the minister. I know, there are many who would argue that there are times in Scripture where false teachers were named and they were addressed quite bluntly. Yes, there absolutely does come a time to do that, but it is not as often as many might presume—and it’s always in a spirit of great love.

I do my very best to honor all, even if I believe their theology is way off. What benefit is there in being rude, arrogant or aggressive toward them as a person? When I engage in discussions on Facebook or other places online, a core value of mine is to be nice. I never want the person I’m engaging with to feel like I’m attacking them or that I presume to be superior. While I will boldly communicate my position, I don’t want anybody who might disagree to feel unsafe or devalued. They are precious people created in the image of God. Yes, if they pose a risk because of their doctrine, we must deal with that. But, it’s usually more beneficial to attack beliefs than to call out and defame people.

If I’m not exhibiting the fruits of the Spirit in my conversation, I should not be communicating at all. It’s time to shut off the computer and head into the prayer room. Love, joy, peace, patience, kindness, goodness, faithfulness, gentleness and self-control should dominate our discussions.

Quit calling everyone you disagree with a heretic. Quit commenting on articles like this one with the sole intent of exposing the author as deceived, false or in some sort of error. Share your perspective. Offer your point of view. Reveal your concerns. Be teachable. Communicate with honor and humility without abdicating your mandate to be a true Berean. Your eagerness to receive truth will open the door for many to believe in Jesus.

Please understand, I have thick skin. By the grace of God I’m nearly unoffendable. When people are aggressive toward me personally when I write or preach, I honestly don’t take offense. Reading mean tweets and comments can be entertaining and even enlightening. I understand the messages I’m called to deliver are provocative and I do know the arrows will fly.

But, I will say this. As someone who is deeply troubled when other preachers and prophetic people are attacked simply because of a disagreement over their theology or style of ministry, I want to simply ask you to be nice. Don’t aim your arrows in their direction. Understand the accusations and cruel things you say don’t only hurt them, but they hurt their spouses and children. Do you have any idea how many tears wives have cried because their husbands are mercilessly assaulted by others in the church through gossip and all over the internet? This is a very real and terribly sad problem, and it simply shouldn’t be.

Let love lead. Be kind. Be gentle. Be patient. Be bold. Stand for truth. Don’t hate. Be tender in your debate. Put the arrows down and simply love.