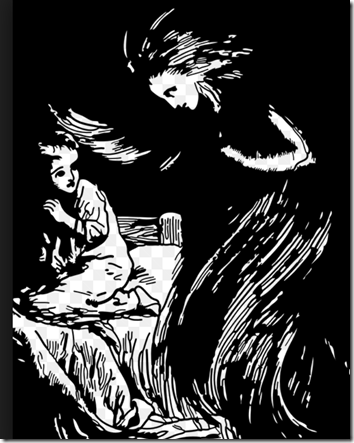 The weird and wonderful realm of the supernatural may contain the key to your breakthrough!

I refuse to tone down the activity of the Holy Spirit out of respect of those less hungry. That’s been a commitment of my ministry for years. I also refuse to disinvite the Holy Spirit when the manifestations cross the line of our human comfort. In fact, I believe many people will be held accountable for limiting the Holy Spirit in the name of biblical order. Simply, we need God to move in other worldly power!

That being said, I absolutely agree that it’s possible, and even common, for people to get weird in the name of God while manifesting mostly out of their emotions. As a senior pastor for many years, I understand the dynamics of attempting to give God the reigns while also not surrendering the reigns to overly zealous but immature people who are full of zeal but lack in wisdom. While I’m not going to address the inner workings of supernatural church services, I wanted to mention this because the question is sure to present itself as you read through this article—is it really God or is it nothing more than emotional passion and desire?

When considering just what is necessary to experience breakthrough in our lives, the expected points to ponder include faith, consecration, timing and other components that absolutely do factor into answered prayer. Am I genuinely confident that God is in control? Am I living a holy, surrendered life? Does God have me in a holding pattern or a desert season? Am I truly contending in intercession sufficiently? All of these questions are important and must be answered. However, there’s one question that few are asking: Am I fighting this battle in the invisible, supernatural realm?

10 I was in the Spirit on the Lord’s day, and I heard behind me a loud voice like a trumpet Revelation 1:10 (ESV)

I’m a prayer freak. There are few things more satisfying and invigorating than pacing around a prayer room, contending in the Spirit, praying in tongues and experiencing wave after wave of God’s glory and revelation wash over me. Even when those waves are soft or intermittent, the expectancy that drives me is electric. I’ve experienced the supernatural too often to allow a momentary silence to deter me. You see, when I read accounts in Scripture like we see in Revelation 1:10, I’m provoked. I believe John had an encounter and I yearn for God to move in my life in a similar way. You’ll notice the trumpet only sounded when he was in the Spirit. He was living in the supernatural realm, even as he walked upon the earth.

RELATED ARTICLE:   Regional Prayer Movements: A seismic shift in strategy is the only hope for our churches, regions and nation.

To jump right to the point, I want to propose to you that, in addition to a life of faith, prayer, consecration and biblical soundness, venturing into an extreme supernatural life will result in absolutely remarkable and stunning breakthroughs, revelations and answers to prayer. No, life doesn’t get easier. Consecration doesn’t cost less. Discipline isn’t less intense. Yet, our fervent devotion to our beautiful, glorious and overwhelmingly supernatural Lord will result in shock, awe, wonders and abundant life that could never be experienced in our predictable, all too familiar natural life.

Many years ago when we were leading Revolution Church in Manitou Springs, Colorado, which is one of the darkest regions in the nation, filled with witchcraft and the occult, my oldest son was regularly tormented by night terrors. Demons would visit him, and even at his very young age, he would encounter them in the spirit realm. Typically, a few hours or so after Skylar fell asleep, my wife and I would be awakened to terrifying cries of, “Momma! Momma! No! No!” and other similar disturbing moans and shrieks.

We’d rush to his room, pick him up, pray over him, rebuke the enemy and do all we knew to do to see peace return. Understand, we were living mega-clean lives. We understood the tragic cost of watching the wrong things on TV or at the movies. We knew we must be full of the Spirit. We had already experienced many wild spiritual victories. What I’m saying is that, to the best of our knowledge, there were no open doors or obvious reasons why this demon had access. Don’t let your mind wander at this point, thinking up reasons why this might have happened. God had a powerful lesson for me to learn and I don’t want you to miss it.

Some of the most troubling moments were when, after we had responded to Skylar’s cries, Skylar would sudden look just to the side of my wife and become terribly startled. He’d say, “Right there! Right there! Momma! Momma! It’s right there!” He was seeing a spirit directly next to us.

After ten or fifteen minutes, Skylar would eventually settle down and fall back to sleep. In the morning he’d never remember what happened. It was all occurring when he was asleep and vulnerable. I was beside myself. My wife and I had done all we knew to do to see him set free. It bothered me that the enemy wasn’t responding to my rebukes.

One night Amy had gone to bed and I was still up working late in my office. Skylar once again started to manifest the terror of being haunted by evil spirits. I went to his room and pulled him out of bed and held him in my arms. I prayed over him, as usual. I sang over him. I prayed in the Spirit. Then, all of a sudden, I was surprised by a form that was suddenly standing in the corner of  the room. It was invisible, yet I could see its outline, much like you can see heat radiating in waves off of extremely hot asphalt in the summer. The moment I saw the entity, Skylar started screaming and freaking out as he looked directly at it. The enemy was exposed.

Faith immediately, without effort, rose up on me. I didn’t have to address the spirit. I felt authority pulsing out of me into the room. I knew it was over. Skylar’s night terrors stopped, finally, on that night. Our victory was found in the supernatural realm. Our consistent prayer, faith, prophetic decrees, praying in tongues and pursuit of victory didn’t result in the problem simply disappearing. It enabled me to venture into another realm and displace the enemy. That’s what the breakthrough required.

I believe in haunted houses. Another way to say it is, I believe invisible spirits can wreck havoc in naturally discernable ways.

Years after our experience in Manitou Springs, we lived in the Detroit area. My wife and I had our bedroom on the second floor of the house. There was a door that led to a balcony. It had no stairs, so the only way to access it was directly through our bedroom.

One night I had a very interesting dream. I was in our home, in the evening, hanging out with my family downstairs. Suddenly I saw two red eyes staring through the window. I was able to move to the window and clearly see what was looking at us. It was a man covered in feathers. He then slowly walked away and into the trees.

I immediately woke up and I knew this was a spiritual dream. God spoke to me and revealed what I saw was a Watcher. I had never heard of such a thing. So, I decided to Google what I experienced, fully certain nothing would come back on my search for “man covered in feathers watcher demon.” Boy was I wrong.

And there appeared to me two men very tall, such as I have never seen on earth. And their faces shone like the sun, and their eyes were like burning lamps; and fire came forth from their lips. Their dress had the appearance of feathers:…

That was from the Book of Enoch (a historic text not part of the biblical canon). Enoch was visited by two Watchers as he rested on his bed.

In the Book of Enoch, the watchers (Aramaic עִירִין, iyrin) are angels dispatched to Earth to watch over the humans. They soon begin to lust for human women and, at the prodding of their leader Samyaza, defect en masse to illicitly instruct humanity and procreate among them. The offspring of these unions are the Nephilim, savage giants who pillage the earth and endanger humanity. ~Wikipedia 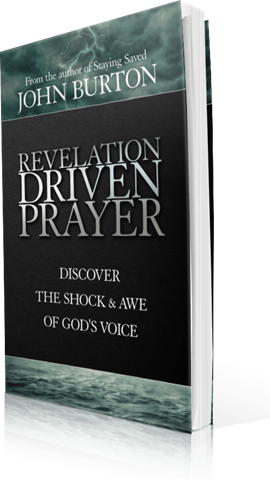 Don’t get tripped up over the use of a non-biblical book. What God revealed to me in the dream took me on a journey of discovery. To this day I don’t know why the Watcher was there, but it was evil and God confirmed it in miraculous fashion. From that night on we never heard knocking again.

RELATED ARTICLE:   Answered Prayer and the Wonder of Radical Devotion to Jesus

HOW TO LAUNCH INTO THE SUPERNATURAL

I have many more stories of supernatural intervention. I’m hooked. I’ve been transformed. I don’t want to be limited to what my eyes can see. There is a glorious spiritual realm to abide in! You can do this too!

Stay grounded in the Word. Study the amazing stories of supernatural manifestations and interactions. Pray in the Spirit with passion. Develop a prophetic life. Decree and declare the Word of God and the truths that the Holy Spirit deposits into your spirit. Put on your armor. Grow in authority. Ask God for revelation. Be expectant! Do as John did: Be in the Spirit on the Lord’s day!

Most definitely, be encouraged. Don’t simply pray and wait for an answer. Become active in the resolution! Live, pray, walk and advance in the Spirit!

My book Revelation Driven Prayer goes into more depth on how to hear God’s voice, live in the Spirit and experience a life of breakthrough! www.burton.tv/shop