Christians are playing the God card during this election season. Could it be the Trump card?

WATCH A VIDEO BY JOHN BURTON ON THIS TOPIC:

The American Christian church has ventured into dangerous ground over the last several years. This current political season is making that quite evident. 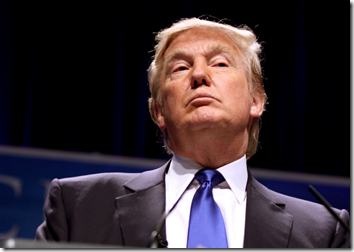 The number of Christians who are using the God card to support their personal endeavors today is troubling. I’ve been in some form of Christian leadership for over 25 years, and I never stop being shocked at how casually someone can attach the name of God to their own opinions and desires.

Doing so is a serious violation. Stating that God endorses our personal desires when he in fact does not is taking his name in vain.

When immoral preachers announce that God said you’d receive a blessing if you sent them money, that’s taking the Lord’s name in vain.

When we prophesy over someone by saying, “God told me to tell you…” when you are selfishly advancing your own agenda, you are taking his name in vain.

Before you dismiss me as one who is opposed to the prophetic, I need to make it clear that I believe we need to hear God’s voice much more regularly in the church today. God absolutely is talking to us and we not only have the opportunity but the responsibility to know him intimately and receive what he is communicating to us. I am unapologetically a prophetic minister and I actually believe it’s quite impossible to follow God in fullness without being a prophetic people.

From my book Revelation Driven Prayer:

To default to human logic in neglect of the present voice of God Himself is a very average, not to say dangerous way to live.

The issue we have today is not the fact that we need people to dive deeper into a prophetic life, it’s the way so many are jumping in.

I'm hearing more and more people saying they are following the leading of the Holy Spirit, or that God said this or that…while ignoring truth that's already revealed in Scripture. It's time we stop using the God card and get back to the timeless principles in the Word of God. If Scripture doesn't support our mystical revelations, we have to throw them out.

I don’t know how many times in my life I’ve heard people attach a nearly indefensable excuse to a decision they are making: God said. That’s it. We are expected to accept their decision or behavior simply because they declare that, “God said.”

Except, so often, he did not.

I know, it’s extremely offensive to be challenged on our ability to hear God’s voice, but we have to be okay with some scrutiny for the sake of the health of the church, our nation and ourselves. We must stop stating what God is telling us to do unless we have firm biblical support to back us up.

People that use the God card to accomplish what they desire are very often the same people who barely have a prayer life, aren’t in the Word of God as they should be and who rarely hear God giving input on anything other than what personally benefits them.

God told me it’s time to leave my church without the blessing of my pastor.

The Holy Spirit wants more freedom in my church, and he chose me to give this information to so I can tell the pastor.

God said I don’t have to do this.

God revealed I can do that.

God said Donald Trump is his man of the hour.

If I lost you, I’m sure I have your attention again.

I need to make a point extremely clear so there is no confusion whatsoever. God has not told me that Donald Trump is the one he has chosen to lead our nation. God has also not told me Donald Trump is not the one he has chosen. I think we must come back to sensibility regarding one of the most important decisions we as voting Christians will make over the next four years. We must be based on the Word of God as the plumbline, not a subjective sense that we call prophetic. Is it possible for God to speak in the moment to us personally about this issue? Of course. However, he will do so with clarity and without compromising principles in the Word.

Quit using the God card when it comes to the political future of our nation. Doing so just may be the trump card for Donald Trump’s campaign.

It’s a sad, revealing picture of today’s church when some truly amazing children of God are absolutely ignoring or dismissing clear and troubling issues just so they can promote the person they want for the office of President.

“Men acting under the belief and awe of God as their inspector and judge, to whom they consider themselves accountable for their conduct and whom they fear to offend.” Matthias Burnet, 1803 election sermon

“Nothing will so surely, so rapidly bring on the dissolution of society, and the loss of the liberties of a people, as a want of virtue and integrity in their rulers.” ~Chandler Robbins, 1791 election sermon

It's shocking how many Christians are using the excuse that we aren't electing a “Pastor in Chief”. What a strange argument! How can we be so eager to elect someone who does not know God? Would it not be preferable to have an anointed pastor running our nation? What a glorious four years that would be!

Prov 29:2 When the righteous are in authority, the people rejoice; but when the wicked rule, the people mourn.

We have a duty to choose godly leaders. How is it so many are using the God card by saying that we are to ignore that scripture by choosing an ungodly authority? It’s been said that Donald Trump may be the most vulgar man ever to run for President! How can anybody not see the conflict? We had two Christian men in Ted Cruz and Marco Rubio to choose from, but the evangelical church has rejected true children of God for a more popular secular leader.

So many are presuming God will work through an ungodly person, a Cyrus as it has been stated, more effectively than through a godly one. That, friend, doesn't hold scriptural muster. It's nonsense.

Our Forefathers must be turning in their graves. Why would we not want a godly man or woman in the nation's highest office?

I don't believe anyone can rightly govern without a legitimate relationship with Jesus Christ. I don't think it's possible. Yet, it seems millions of Christian men and women of God are rejecting that reality in favor of one who has achieved success by secular, worldly means. We can't afford an ungodly person leading our nation no matter how brilliant, bold or innovative they may be.

“Of all the dispositions and habits which lead to political prosperity, religion and morality are indispensable supports. It is impossible to rightly govern the world without God and the Bible.”
– George Washington

“Americans should select and prefer Christians as their rulers.”
– John Jay, The first Supreme Court Justice

“There are a good many problems before the American people today, and before me as President, but I expect to find the solution to those problems just in the proportion that I am faithful in the study of the Word of God.”
– Woodrow Wilson, 28th President

God said to vote for Donald Trump? If he really told you that, simply back it up with Scripture.

I would agree that God may want Donald Trump in office, and that he may desire to establish him as authority over our nation, but it would most probably be as a means of judgment, not blessing.

God has done that in the past. Scripture reveals that quite clearly.

On the contrary, God may one day move powerfully on Donald Trump’s heart and we could have quite an amazing leader.

However, that has yet to happen, and voting for him in hopes that it does is irresponsible, in my opinion.

After the election is over we will all have the opportunity to serve our leader with passion. That will be an honor.

For all of those who oppose Donald Trump as President, you better be ready to become his biggest advocate and servant in intercession should he get elected. That won't be a time for arrogant pouting, but rather for undergirding and prayer. Does that mean you should vote for him? No, not if your values would be compromised. But you must love him and go to battle for him for the sake of his soul and our nation. Pray with such humility that your position of opposing him is proven to be wrong.

In closing, in the midst of this unparallelled political season, we must remain humble and full of life.

If you aren't able to honor and bless others while discussing politics, you should stop the conversation. If you lose your joy, get angry, get offended or want to divide away from another brother or sister in Christ if they disagree with you, something's not right. Keep smiling. Rejoice always. Stand for truth. Love deeply.