If your candidate supported killing children under the age of two for any reason, would you vote for him or her? 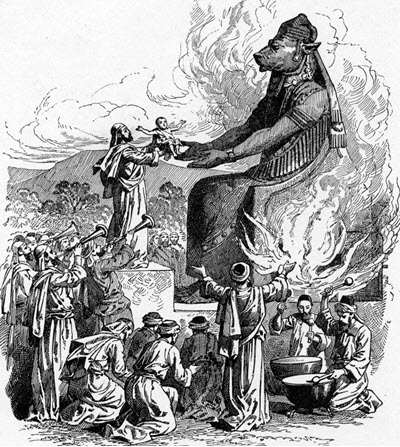 I'll never forget something a remarkable pastor who was deeply invested in the prayer movement and in justice for the unborn told me. At a citywide pastor and church leader gathering in Detroit a call for prayer requests was made as the meeting was coming to a close.

This pastor simply asked the room of spiritual leaders, “Please keep us covered in prayer as we contend against abortion in Detroit.”

What happened next stunned him speechless. A prominent pastor brashly retorted by saying, “Sir, you must know that many pastors in this room support a woman's right to choose.”

How this man and others in the room who have aligned themselves with the slaughter of children can call themselves Christians, much less pastors, I don't know. Like the pastor, I'm speechless. I'm also sickened, grieved and enraged. You should be too.

I was again nauseous after Vice Presidential candidate Kamala Harris trumpeted her and Joe Biden's faith during the debate last night.

Kamala is a “person of faith?” What faith?

The Washington Post reported, “Kamala Harris… voted last year against the Born-Alive Abortion Survivors Protection Act, which would punish doctors who fail to provide medical care to a child born alive after an attempted abortion.”

Allow me to propose the question again: If your candidate supported killing children under the age of two for any reason, would you vote for him or her?

Look forward into time I can see this scenario playing out sooner than later. If people like Kamala Harris are in opposition to saving the lives of children who have been born after a failed abortion, that same murderous spirit will easily support the right to kill others.

The moment a toddler becomes an irritable inconvenience to the mother or father they are but a lethal injection away from peace and quiet. In fact, if they were to adopt the methods of abortion “doctors” they would have the option of ripping off the child's arms and legs, sucking out its brains and disposing of it in the trash. More progressive people might try to make a buck by harvesting the child's organs.

If my writing that disturbed you, perfect. You should be disturbed.

If you think my prediction is ridiculous, that's okay. My point wasn't to prophesy the future of destruction in America. My purpose was to make something vividly clear:

Killing children, toddlers who are breathing, laughing, walking, talking and a precious and valuable part of humanity is no different than killing those who are unborn.

It is exactly the same.

THE MURDEROUS SPIRIT OF MOLECH

Is it possible the barbaric culture we now live in is exponentially worse than during the time children were sacrificed to Molech? Absolutely.

History is filled with barbaric cultures. One of the worst, though, has to be the ancient Canaanites. As was customary in that culture, parents offered their newborn children as sacrifices to their god Molech. Most depictions of Molech include large metal statues of a man with a bull’s head. Usually these statues had outstretched arms to hold the baby sacrifices.

During the sacrificial process, the Canaanites would light a fire inside or around the statue to heat up the statue as hot as they could. Then they would place their newborns into the red-hot arms of Molech and watch the children sizzle to death.

During this gruesome event, the Canaanites would play flutes and bang on drums to drown out the sound of their shrieking children. No wonder God ordered the Israelites to destroy them.

So, again, the question is, would you vote for someone who supported killing children?

Apparently many professing Christians plan on it this upcoming election day. In fact, I was stunned to hear Jason Upton, a renowned worship leader and musician, make an absurd statement:

I believe Ruth Bader Ginsburg was ProLife in her own way.

Someone who was directly responsible for the horrifying death of millions of children is “pro-life in her own way?” This was an irresponsible remark by Jason. Shockingly, many other well known ministers and worship leaders voiced their agreement with Jason's statement. This is why we can't be too surprised when Christians are leaning left and rallying behind pro-death politicians.

Approximately how many professing Christians do you know who are voting for Biden? I'm writing an article and I'm trying to get an unscientific pulse on the situation.

I hope the responses disturb you.

BUT PRO-CHOICE PLATFORMS REDUCE THE NUMBER OF ABORTIONS!

First of all, this has not been proven to be true.

Secondly, if it were true it wouldn't matter.

If a politician made a campaign promise that he or she would kill every young child that was not appropriately secured in a car seat or booster when in a car, would you vote him in? Of course not. Why? Because the politician would be exposed as a demented sociopath that probably needs to be locked away in prison or safely secured in a hospital for the mentally ill. He'd be an extreme danger to society.

Yet, if the promise of the political sociopath became law you can be absolutely certain that deaths of young children would plummet, not increase. In fact, it would probably be quite rare for police officers to pull out a revolver to terminate children during traffic stops. Parents would be obsessively careful to ensure their children are perfectly strapped in no matter how short their commute might be.

Allowing mothers to kill unborn children is an absurd strategy to bring the abortion statistics down. Vile even.

There are many other arguments that are equally pathetic. Many would say the election isn't only about abortion and that there are other equally important issues. What they are actually saying is they are okay with children being ripped out of wombs as long as the economy is strong, the poor are taken care of and universal, affordable health care is available.

These same people will most likely be among the first in line to endorse the anti-Christ, someone who will offer peace and safety in exchange for their soul.

Make no mistake, a vote for a pro-death candidate is a vote for Molech. An endorsement of someone who promotes killing children invites an invisible yet powerfully destructive spirit of death into your home. Don't underestimate the supernatural implications.

I'll say what few will: if you vote for a candidate who is in support of abortion, your supposed Christianity is suspect. You can't presume to be saved. You are truly in great eternal danger.

If you have considered even for a moment voting for a pro-death candidate, I implore you to repent. Then, go deeper in God than you ever have in your life. Pray with fiery passion. Devour the Word of God. Fall in love with Jesus. Become a passionate radical for God. Invite the Holy Spirit to consume you.

If enough do this, revival just might break out and America may shift from being a barbaric nation to one that truly promotes life.