Church Leadership: Can we stay unified when there are core doctrinal differences in the church? 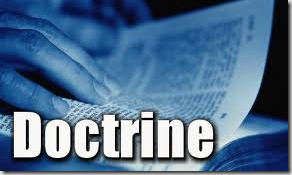 I originally shared this with my Revival Church senior staff. I’ve communicated what I’m about to share with my various ministries throughout the years, and it’s been incredibly helpful to keep us on track toward revival.

I then realized that this would benefit not only my senior staff, but the greater body of Believers. This will help senior leaders and also those in the body who might may struggle with differing doctrines and focuses.

For example, IHOP and Bethel have some foundational theological differences, mostly surrounding eschatology, yet they remain great and close friends in the mission of Kingdom advance. We should all have the same heart and spirit within us.

Bill Johnson mentioned a key difference between prior church generations and what God’s doing now. We used to gather around doctrines. Movements launched around people adhering to same Christian theologies. Now, movements are launching as people gather around fathers and apostolic leaders who have a bold Kingdom vision and a mission. That is right on. Brilliant.

Here’s what I sent to my second tier of leaders at Revival Church last week:

I shared this with the senior leadership team recently and wanted to also get it in front of the rest of our amazing team! This will help you navigate through challenges with differences of vision and doctrine that arise as you meet and lead people in the church.

I've always shared this at various times in my ministries, but this is the first time I've done so at Revival Church:

The emails I've received over the last 21 years could fill a book!

In every one of the above situations I listened openly and honored them in their personal pursuits, but I did not allow them to distract my primary focus. I did not allow them to compromise the mission we were on. They may not have realized it, but I had already processed through the positions they hold to and had made my doctrinal and ministry decision long ago.

I love this principle:

Someone once said, "I don't have to attend every argument I'm invited to."

We as leaders have to use great caution and wisdom in the way we handle such matters. Confusion, distraction, division and disunity can creep in overnight if we aren't careful.

"In Essentials, unity. In non-essentials, liberty. In all things, love."

This is a key principle for us. The essentials, or the absolutes of scripture, are the classic, foundational Christian doctrines that cannot be violated. If one were to not adhere to an essential, an absolute, then that person would not be a Christian. For example, it’s mandatory for salvation that we agree that Jesus is God. However it’s not mandatory for salvation that we agree in the pre-tribulation rapture of the church. One is an absolute, or an essential, and one is not.

With that in mind, here are the protocols that we must adhere to at Revival Church and theLab. This has been our standard everywhere we've been in ministry and it will help us here as well:

You'll notice that I rarely request feedback among leaders on doctrinal opinions, especially in a group or public setting. That's intentional for the sake of unity. I already know that we'll differ doctrinally. I often tell people, "The debate between Calvinism and Arminanism (for example) is not a new one. I don't have time to recreate that wheel of debate. Research the debated positions online yourself. I adhere to the Arminian position." I don't let that distraction derail me.

Titus 3:9- But avoid foolish controversies and genealogies and arguments and quarrels about the law, because these are unprofitable and useless.

Let's commit to this so we don't have splinter movements within the body.

It’s better to be unified yet disagreed on non-absolutes of scripture than it is to be divided in our search of affirmation of our biblical positions.

Philippians 2:1-3 (ESV) 1 So if there is any encouragement in Christ, any comfort from love, any participation in the Spirit, any affection and sympathy, 2 complete my joy by being of the same mind, having the same love, being in full accord and of one mind. 3 Do nothing from rivalry or conceit, but in humility count others more significant than yourselves.

Ephesians 2:19 (ESV) 19 So then you are no longer strangers and aliens, but you are fellow citizens with the saints and members of the household of God,

For example, we are a church that openly encourages the practice of praying in tongues. We love and honor those who don’t pray in tongues, yet we aren’t going to eliminate our focus on the gifts for their sake. We know we will run with a certain tribe of people, and that’s OK. That vision is worth protecting.

Please always approach me with any teaching topics that you'd like to present in the church before you teach them. With new people coming in it can be easy for new leaders to presume I'm in agreement with something when I actually am not. A simple bulleted outline is all I need, and I trust you have clarity on the vision of the church and won’t teach in opposition to that.

Here's a great article on how to differentiate between absolutes and non-absolutes of scripture. I gleaned it from Ted Haggard in his book Primary Purpose:

When discussing ministry doctrines, styles and focuses, it’s important that we identify exactly where the particular topic rests within the whole spectrum.  Let me explain.  I believe there are several different levels in which we can examine structure or style of ministry.  Most church bickering and splits would be eliminated if we understood this.  Unity would thrive and the Great Commission would be more quickly achievable.  Watch the progression from Absolutes of scripture to Interpretations and beyond:

Sometimes scripture doesn’t demand something be done a certain way.  If we all focus on the absolutes and resist creating divisions based on lower levels, we will certainly have a powerful army ready and equipped to accomplish the Great Commission.  Someone once said, "I don't have to attend every argument I'm invited to."

Understand, I am all for discussion.  Iron sharpens iron.  But sometimes, the scripture remains silent or vague.  As long as we do everything we can to create healthy churches, we have a lot of freedom to work it many different ways.