Not only are we changing our name—we are also shifting our vision that will result in explosive growth!

Revival Church is adopting a Greek word in scripture to help define our new vision. Our new name is Chliaros Church. Chliaros is pronounced khlee-ar-os'. 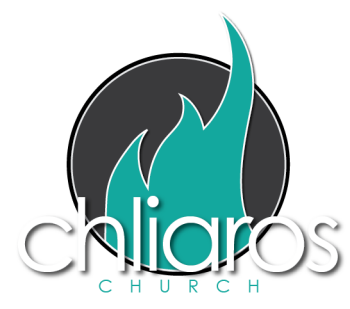 Here are our new Core Values: (Our old Core Values can be found here: http://detroitrevivalchurch.com/about)

Oh, and our key verse will be changing from Joshua 3:5 to Revelation 3:16:

Revelation 3:16 (NKJV) 16 So then, because you are lukewarm, and neither cold nor hot, I will vomit you out of My mouth.

Root: from chlio (to warm)

Thank you for your continued support of Chliaros Church!

Proverbs 18:2 (ESV) 2 A fool takes no pleasure in understanding, but only in expressing his opinion.

What if we were required to name our children based on our own identities? On our own choices?

Imagine if we had to raise sweet little Bitterness or cute and adorable baby Apathy? How about tiny newborn Secret Sin?

On the contrary, we have the option to impart freedom and raise children with the names of Passion, Joy, Holiness and Fire!

Listen to this teaching titled “Naming the Next Generation” at www.detroitrevivalchurch.com/teaching and follow along with the notes below!

Naming the Next Generation

I. The response to a mighty call

a. The way we respond now to God’s call on our lives will result in extreme impact.

i. It’s going to leave a mark

ii. Proverbs 10:7 (ESV) 7 The memory of the righteous is a blessing, but the name of the wicked will rot.

iii. Deuteronomy 5:9-10 (ESV) 9 You shall not bow down to them or serve them; for I the LORD your God am a jealous God, visiting the iniquity of the fathers on the children to the third and fourth generation of those who hate me, 10 but showing steadfast love to thousands of those who love me and keep my commandments.

1. Our lives will impact many!

2. People not yet born… people who will live a few hundred years from now… will struggle greatly in life because of what we do on an average day in our mundane lives right now!

3. They won’t know why they can’t shake the curse of addiction… it’s all because of great grandpa or grandma from the early 2000’s.

b. We live in an age where morality is judged based not on absolutes but conditionally.

i. The homosexual agenda’s cry is that it hurts no one and that it’s rooted in love.

ii. Many are crying out for the legalization of marijuana—it hurts no one.

c. However, we see this same frame of mind in the church too.

iii. A 1996 Promise Keepers survey at one of their stadium events revealed that over 50% of the men in attendance were involved with pornography within one week of attending the event.

d. Our sin, whether secret or public, impacts so many people that we’d shudder if we knew how many.

i. Can you imagine if Billy Graham decided to secretly embezzle money?

ii. How many up and coming Billy Graham’s have been moved to the bench, because of God’s mercy, due to their secret sin? Who is now out of reach of God’s love because they are benched?

II. We are naming our descendants

a. Our lives, our lifestyles, our decisions and our response to God’s call is resulting in the name for our children and their children. We are naming our descendants.

b. In Hosea, this prophet embodies this reality… he goes to ridiculous lengths to communicate God’s message.

i. Israel is prosperous, yet fallen.

ii. Talk about an object lesson… check this out:

iii. Hosea 1:2-3 (ESV) 2 When the LORD first spoke through Hosea, the LORD said to Hosea, “Go, take to yourself a wife of whoredom and have children of whoredom, for the land commits great whoredom by forsaking the LORD.” 3 So he went and took Gomer, the daughter of Diblaim, and she conceived and bore him a son.

iv. Hosea was instructed to take a wife from Israel… to participate as Israel was participating so they would be without excuse.

1. It’s the same concept as your pastor walking into an explicit R rated movie… as you yourself and your family is sitting in the same theater.

v. Adam Clarke—Go join thyself in marriage to one of those who have committed fornication against me, and raise up children who, by the power of example, will themselves swerve to idolatry. And thus show them that they are radically depraved.

i. Hosea 1:4-5 (ESV) 4 And the LORD said to him, “Call his name Jezreel, for in just a little while I will punish the house of Jehu for the blood of Jezreel, and I will put an end to the kingdom of the house of Israel. 5 And on that day I will break the bow of Israel in the Valley of Jezreel.”

ii. Now, check this out… this is the ESV version:

iii. Hosea 1:6 (ESV) 6 She conceived again and bore a daughter. And the LORD said to him, “Call her name No Mercy, for I will no more have mercy on the house of Israel, to forgive them at all.

1. Today we sometimes name our children based on hope or a prophetic word or a declaration.

a. What a tragedy!

b. Israel’s lifestyle resulted in the naming of one of their own, the daughter of a prostitute who was delivered to a prophet of God… No Mercy.

iv. Hosea 1:7-9 (ESV) 7 But I will have mercy on the house of Judah, and I will save them by the LORD their God. I will not save them by bow or by sword or by war or by horses or by horsemen.” 8 When she had weaned No Mercy, she conceived and bore a son. 9 And the LORD said, “Call his name Not My People, for you are not my people, and I am not your God.”

2. What are we naming our children?

a. This great prophetic act, in obedience to God, in response to love, will result in a great harvest.

b. Some believe the end times destruction of Israel’s enemies at Armageddon was God’s focus here.

i. God called a prophet in the mid 700’s BC to deal with an identity crisis that would be felt over 2700 years later!

IV. God is serious about identity

a. Isaiah 62:1-7 (ESV) 1 For Zion’s sake I will not keep silent, and for Jerusalem’s sake I will not be quiet, until her righteousness goes forth as brightness, and her salvation as a burning torch. 2 The nations shall see your righteousness, and all the kings your glory, and you shall be called by a new name that the mouth of the LORD will give. 3 You shall be a crown of beauty in the hand of the LORD, and a royal diadem in the hand of your God. 4 You shall no more be termed Forsaken, and your land shall no more be termed Desolate, but you shall be called My Delight Is in Her, and your land Married; for the LORD delights in you, and your land shall be married. 5 For as a young man marries a young woman, so shall your sons marry you, and as the bridegroom rejoices over the bride, so shall your God rejoice over you. 6 On your walls, O Jerusalem, I have set watchmen; all the day and all the night they shall never be silent. You who put the LORD in remembrance, take no rest, 7 and give him no rest until he establishes Jerusalem and makes it a praise in the earth.

b. Revelation 3:11-12 (ESV) 11 I am coming soon. Hold fast what you have, so that no one may seize your crown. 12 The one who conquers, I will make him a pillar in the temple of my God. Never shall he go out of it, and I will write on him the name of my God, and the name of the city of my God, the new Jerusalem, which comes down from my God out of heaven, and my own new name.