Where are the soul crushing, convicting preachers that stir up demons and set the captives free today?

I don’t remember exactly what I was preaching that evening as a visiting guest minister, but I know there was an extremely sober, weighty atmosphere—and the message was hitting hard on repentance, eternity and holiness.

Suddenly, as people were silently, somberly on their knees at an altar, and in the middle of a teaching—no, a preaching—that was demanding a response, a response came.

A disturbed, provoked cry, “Damn John Burton to Hell! Damn John Burton to Hell! I’m going to Hell! I’m going to Hell!” shocked everybody in that church sanctuary. It was shouted, screamed, from the rear of the room, shattering the weighty atmosphere with demonic shrieks. The voice went on with the tirade while escorted to the foyer and then out into the parking lot to be ministered to by church staff. We all heard this person, a well respected part of this church from what I understand, continue in their manifestation as the Holy Spirit was bringing deep conviction to all who were present.

This type of demonic reaction to anointed, convicting preaching should not be rare in the church today, but it is. Extremely rare.

Jonathan Edwards, the central figure behind the Great Awakening and the preacher of the famous sermon Sinners in the Hands of an Angry God, caused quite a stir at Enfield:

An eyewitness, Stephen Williams, wrote in his diary, “We went over to Enfield where we met dear Mr. Edwards of Northampton who preached a most awakening sermon from these words, Deuteronomy 32:35, and before the sermon was done there was a great moaning and crying went out through ye whole House…. ‘What shall I do to be saved,’ ‘Oh, I am going to Hell,’ ‘Oh, what shall I do for Christ,’ and so forth. So yet ye minister was obliged to desist, ye shrieks and cry were piercing and amazing.” (http://enrichmentjournal.ag.org/200201/200201_104_johnathan.cfm)

WE NEED HELLFIRE PREACHERS TO RETURN TO THE AMERICAN STAGE 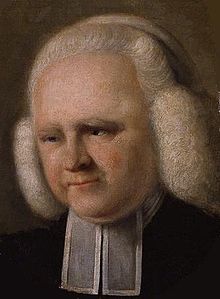 Much of today’s church has been duped into thinking the quickest path to revival is through positive affirmation, encouraging words and happy, middle-of-the-road sermons. The idea is that a non-threatening church culture where God’s goodness and kindness are emphasized will make him appealing and easier for people to warm up to.

This method is woefully inadequate, even inappropriate. The motive of the leaders who employ such tactics is suspect. God’s fearful, weighty presence has been sidelined for a softer, more approachable version.

I recall prophesying over a mother at a service in another church I was visiting. This mom was extremely agitated that her daughter had decided to attend this revival style service and came with both barrels blazing. She wanted her daughter to leave immediately—but God had other plans. She decided to mock the theatrics and jumped right into the prophecy line with her daughter. Big mistake. I prophesied over approximately one hundred people that night, one by one, but something I said to this irritated mother changed her life. I don’t remember what I said (which is usually the norm when prophesying over people I’ve never met before), but after the service she was sitting in the corner, dumbfounded. She called me over and asked me how I knew everything I told her. She explained that nobody has ever known about the things I revealed.

The next night of the week-long event saw this mother and her daughter back in the service. I was preaching a pointed, aggressive message, and right in the middle of it I experienced another interruption. This mother shouted, “What must I do to get saved?!” All eyes darted toward her, and then toward me as she ran to the altar. The enemy thought he was sending her to disrupt a move of God the previous night. This night he lost a disciple to the glorious love of Jesus. The anointing broke her yoke of bondage.

During the Second Great Awakening, we saw the following happen:

On the American frontier, camp meetings came to characterize revivals. The first camp meeting revival was in south-central Kentucky. At a meeting in June 1800, Presbyterian James McGready and two other pastors preached for 3 days; on the fourth day, two traveling Methodist ministers officiated and concluded with an emotional exhortation. Many physically collapsed at what they called conviction of sin. People were convinced they were experiencing a visitation of the Holy Spirit such as the early church had known at Pentecost. (https://www.christianity.com/church/the-2nd-great-awakening-11630336.html)

We must see another great awakening come to America! It’s time to shut down the predictable, stale church services and allow the disturbing yet wonderfully freeing messages of repentance emerge!

I was preaching at a regional youth conference, and, again, the message was provocative. Whenever messages like this are delivered, I can discern an intense resistance to it. Sadly, this often comes from leadership. Those who are living compromised lives often walk out. In fact, one person admitted to me that they were indignant and were about to walk out the previous night—until the Holy Spirit whispered to them, “Trust me and stay.” He did, and his life was transformed. He couldn’t stop thanking me and especially God for what had happened in his life.

At this youth conference, I prophesied very directly and precisely that someone was in extreme danger of being separated from God for eternity in Hell. I said this person was involved in sexual sin and I knew who they were, though I told them I wouldn’t expose them. It was up to them to bring their sin into the light. I implored them to repent, and fast.

After the service, the boyfriend of the person God had highlighted to me walked up to me. He revealed he was a youth pastor at one of the attending churches. He admitted that he and his girlfriend were involved in sexual sin and God had broken him that night.

Pastors, do you have any idea how much compromise and wickedness is occurring on your watch? We need to trust the Holy Spirit to lovingly and urgently convict the church. We must see mass repentance and a return to Jesus. Holiness must be preached again. Hellfire messages can no longer be avoided. Revival is an absolute necessity today. Where there is no revival, spiritual death will overwhelm our nation. George Whitefield knew this well:

After a sermon in Lyme, Connecticut, “many had their countenances changed; their thoughts seemed to trouble them, so that the joints of their loins were loosed, and their knees smote one against another. Great numbers cried out aloud in the anguish of their souls. Several stout men fell as though a cannon had been discharged, and a ball had made its way through their hearts.” (http://www1.cbn.com/spirituallife/a-great-awakening-stirs-the-colonies)

We can no longer be silent. Presuming all who hear our preaching to be spiritually and eternally okay is a great mistake. We need a booming shock to the system if we hope revival to come.

“The Christian world is in a dead sleep. Nothing but a loud voice can awaken them out of it.” ~George Whitefield