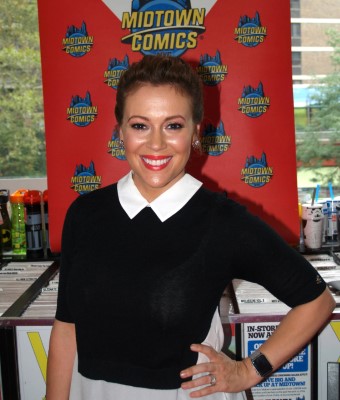 Hate has become the emotion of choice for a lot of people this year – including a whole bunch of Christians.

It’s more evident than ever just how toxic our culture is. 2020 has been quite the litmus test for love and civility.

I was recently interviewed about a recent article I wrote for The Stream titled Is Today’s Prophetic Movement Fake News? In the midst of a discussion on the unhealthy nature of much of today’s prophetic movement, I noted that I’m concerned that the church has wasted the opportunity that 2020 has provided us. The church’s often volatile reactions to the pressures of this season have been telling. People from all sides, the left, the right, the saved and the lost have been spewing poisonous personal revelations about everything from masks to freedom to Trump to equality. No, there’s nothing wrong with holding to a strong opinion on important matters. We’d be socially dead if we didn’t. However, the moment we villainize, attack, shame, cancel and blacklist those who disagree with us is the moment our true, dark hearts are revealed.

I wrote an article for Charisma Magazine on January, 2nd 2020, just as the year was beginning and well before true concern for COVID-19 had arrived. Few knew about the coming pestilence, or at least the severity of it. I re-read the article and got chills. The call was clear: adopt humility, fervent prayer and a radical devotion to holiness in our pursuit of Jesus as the plagues and pestilence visit us:

2020 is here. Does God have good plans for His true, remnant church? Sure. However, His true church isn't primarily concerned about that. Those aren't the words they want to hear. They are in tune with the assault of the spirit of the age, with the immorality in the land, with the abominations that both the world and the church are in alignment with and with possible judgment and wrath that can strike our nation if we don't turn. They are crying out for God to prophetically speak about this stuff. They want to be warned, and they want to share those warnings with the world.

I'm not saying the following passage is a prophetic word, but it sure is a much better exhortation than many I'm reading concerning the new year. I propose we do this:

“When I shut up the heaven and there is no rain, or when I command the locusts to devour the land, or send pestilence on My people, if My people, who are called by My name, will humble themselves and pray, and seek My face and turn from their wicked ways, then I will hear from heaven, and will forgive their sin and will heal their land. Now My eyes will be open and My ears attentive to the prayer of this place (2 Chron. 7:13-15, MEV).

I’d encourage you to read the entire article here.

So much of “prophecy” today is utterly useless, a distraction and often dangerous as it leads the immature and those who can't discern into false hope and down wrong paths.

I don't know how often I read prophecies on Facebook that cause me to say, “My time was just wasted. I didn't need to know that, even if it is true.”

While so much of prophecy today is an embarrassment, we must respond to the true call of the Spirit of God in this hour. Humility, love, prayer and holiness are most certainly part of that call.

In the face of the greatest global chaos in any of our lifetimes, the church should have been leading the way by calling for solemn assemblies, heart-wrenching prayer meetings and whatever else must happen to see a move of God overtake us. Instead, too many have become enraged, offended and puffed up at political leaders for restricting their freedoms and shutting down the churches. Why? So they can get back to their tired, predictable and mostly powerless 90-minute karaoke sing-a-long’s and story telling sessions?

“Consecrate a fast; call a solemn assembly. Gather the elders and all the inhabitants of the land to the house of the LORD your God, and cry out to the LORD. Alas for the day! For the day of the LORD is near, and as destruction from the Almighty it comes.” (Joel 1:14–15, ESV)

Before you become unglued (yet again), allow me to make a point. I too have opinions and strong beliefs. I firmly believe the Bible out ranks our governmental officials. When God in his Word commands us to meet together, we meet together. We should do it safely and with wisdom, but, in my opinion, I am convinced that we should be gathering together. However, if we rise up in pride against supposed tyranny just so we, in a spirit of independence, can have our way (in the guise of protecting our Constitutional rights) then we have failed. Rebellion can never be a Christian’s weapon against our oppressors. Today we have companies of arrogant, spiritualized rebels, defying authority in the name of God, as God himself resists them.

“For rebellion is as the sin of witchcraft, And stubbornness is as iniquity and idolatry…” (1 Samuel 15:23, NKJV)

“God opposes the proud but gives grace to the humble.” (James 4:6, ESV)

2020 is the year of losing friends, or at least a time when we learned just who our true friends were.

Social media has allowed for the unleashing of all types of self-important proclamations. Don’t dare have an opposing opinion about masks, our President, racial issues, our freedoms, the Constitution or pretty much anything else unless you want to be assaulted in the comments. It’s disgusting. No matter how righteous your pursuit is, handling it without love, honor and respect will nullify it.

I’m stunned most every day at how rude blood-bought Christians can be, especially on social media. Have you not encountered the love and the fear of the Lord? I mean, really had an overwhelming encounter where our omnipotent, holy and all-consuming God laid you out? If not, I propose you cease all of your attempts at heroism in our social fabric and hit your knees. Cry out to God with raw, guttural groans. Repent. Yearn for his presence and his glory to saturate you. Ask for your hip to be taken out and for a tongue of fire to ignite over you. Honestly, little else matters.

That brings me to those of you who have had such encounters, yet you still don’t know how to love. Stop everything. Learn to love. I’m not talking about the sappy, passive, new age, beta-male style “kindness” that is being promoted (mostly by unbelievers) all over the world. In fact, check out one of my most popular articles, The Great Love Deception, to understand just what I mean and what I don’t mean when I mention the world love. False love is truly on the rise and we must expose it and promote true, biblically defined love.

Philippians 1:9-10 (MSG) 9 So this is my prayer: that your love will flourish and that you will not only love much but well. Learn to love appropriately. You need to use your head and test your feelings 10 so that your love is sincere and intelligent, not sentimental gush. Live a lover's life, circumspect and exemplary, a life Jesus will be proud of…

We are to learn to love appropriately. This scripture is a critical exhortation! Why? It means there are inappropriate ways to love. There are deceptions that feel right, but are poor representations or even counterfeits of truth.

As God’s love begins to manifest in such amazing, deeper ways at the end of the age, we have to be aware that the enemy will work hard to redefine, misrepresent and twist true love. He has a castrated version to offer us.

I’ve run into several people, many who were once grounded Believers, who have bought into this supposed new revelation of love, and the stench is putrid. Supposedly Donald Trump is the candidate of arrogance, division and hatred while Joe Biden promotes humility, unity and love. People who wear masks are the poster children for true love while those who are anti-mask are selfish and hateful of others. Those who make such claims are delusional beyond belief. (On the contrary, those who refuse to wear masks when required and pout like children when pressed on the matter have no idea what love looks like either. Neither do those who cancel everyone in their lives who don’t support Donald Trump. I could go on and on.)

Love can (and often should) be very direct, unrelenting, unapologetic and aggressive. However, it must be done with grace, honor and respect. The alternative? Well, 2020 has taught us that anything from riots to destroying people’s lives when we disagree with them is on the table.

THE WORLD IS WATCHING

Yes, we as Believers are watching the world, and weeping. The vaccine has arrived, and now people are shaming whoever their political enemies are for being among the first to take it. It’s yet another opportunity for them to accuse their foes of killing grandma.

Both the left and the right, and Hollywood and Nashville, and every other sphere of influence in our nation have been guilty of hatred. The right assaults Alexandria Ocasio-Cortez, Nancy Pelosi, Joe Biden, Alyssa Milano and many others on a daily basis. Of course, the left attacks with vengeance Donald Trump and anyone who even whispers a minute amount of support for him or his policies.

Yet, more sadly, the world is watching the church. And, with some notable exceptions, I believe the church has failed miserably this year.

Where is the anointing? The power? The undeniable, supernatural love? Too many of today’s Christians have chosen social justice over holy justice. We need an other-worldly move of God to absolutely crush our nation. Where are God’s people who are truly repentant (and repenting), who are rending their hearts, who are interceding for their enemies instead of bashing them?

Where are those who are more interested in the salvation of Washington D.C. and Hollywood then they are in campaigning for the restoration and protection of their personal freedoms? Are there any who, while still maintaining concern for the direction of our nation, will focus mostly on contending for their enemy’s souls?

Can you imagine what would happen if some of our nation’s influencers had a genuine, undeniable, supernatural, life-altering visit by a holy, burning God?

I suggest the following passage of Scripture would make an excellent focus of intercession for those who have yet to experience God in this way:

“Then I turned to see the voice that was speaking to me, and on turning I saw seven golden lampstands, and in the midst of the lampstands one like a son of man, clothed with a long robe and with a golden sash around his chest. The hairs of his head were white, like white wool, like snow. His eyes were like a flame of fire, his feet were like burnished bronze, refined in a furnace, and his voice was like the roar of many waters. In his right hand he held seven stars, from his mouth came a sharp two-edged sword, and his face was like the sun shining in full strength. When I saw him, I fell at his feet as though dead. But he laid his right hand on me, saying, “Fear not, I am the first and the last,” (Revelation 1:12–17, ESV)

An encounter like that would fix, overnight, the tyranny in California and New York. It would change politics, media and the landscape of our entire nation in a moment.

More than fighting our oppressors, let’s truly pray with passion for them. Let the tears flow. Cry out. Pursue love. Go hard after legitimate revival. Start a revolution.

If you'd like to kick start your intercession, leave a 60-second prayer for Alyssa Milano at www.prayerteam.tv.

Photo credit: “File:9.12.15AlyssaMilanoByLuigiNovi1.jpg” by Luigi Novi is licensed under CC BY 3.0