In this end-time hour, Christians are distracted by everything from politics, masks, American freedom, building ministries and seeking all sorts of pleasures. 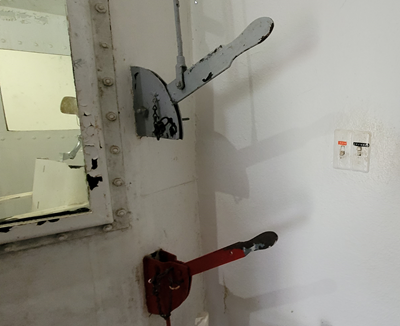 “Leave it there, I'll finish it later.”

Standing in the gas chamber at the Missouri State Penitentiary in Jefferson City, Missouri, I overheard our guide's story of the last moments of a prisoner's life.

The air-tight capsule took the lives of forty people between the years of 1937 and 1989. The Warden would pull a lever initiating the process that combined sodium cyanide and sulfuric acid. The resulting gas would painfully and all-too-slowly end a human life.

A few short feet from the cramped gas chamber was a cell. This is where death row inmates spent their last few hours before being secured with leather straps to the last chair they would ever sit in. The cell was also the place their last meal was eaten.

As the story goes, after eating a portion of his meal, the unnamed prisoner was escorted from his cell toward the gas chamber. A guard took the unfinished meal to throw it away, which caused the concerned prisoner to say, “Leave it there, I'll finish it later.”

He wasn't joking. He didn't fully grasp what was about to happen. Eternity was not on his mind.

There was no need to save the food. He would not be finishing it later.

I propose the whole of America, and the bulk of the church isn't grasping what is about to happen either. Eternity is not on the mind of most. 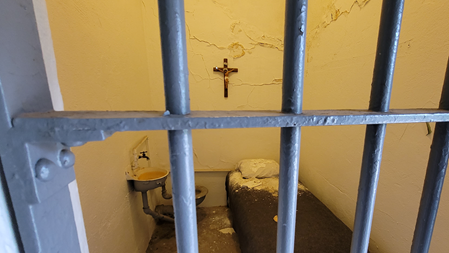 DISTRACTED IN THE LAND OF THE LIVING

I received a text message several years ago that launched me into one of the most bizarre, sad and thankful moments of my life. The message contained condolences from a pastor in Branson, Missouri. My dad died. I immediately called my mom and she confirmed the unexpected news. My head was spinning as I immediately started mentally preparing for a sudden trip from Detroit to Branson. Suddenly the phone call with my mom dropped as another call was coming in. It was from my dad.

Dazed and confused, I answered the phone. My dad was alive. I asked him, “What in the world is going on?” His voice was weak as he explained that news of his death was premature. My mom was bedridden and was not able to be with my dad in the hospital. She heard incorrectly and shared the false status with friends and family. News spread and my dad, who was literally on his death bed, called all over town (where he was very well known) letting people know he was still alive.

He was peaceful, thoughtful, still with a sense of humor and focused on his soon coming transition into eternity.

Our family made the long drive and I was able to see him, though he was sedated and unable to respond. He died that night.

Of course, I was deeply sad, but I was also thankful I was able to talk with my dad on that fateful phone call one last time.

Eternity is coming to all of us and it is of supreme importance that we talk about it. A lot.

Can anybody explain to me why it's so rare for pastors and preachers to prepare people for the end-times, much less eternity? Does anybody know why Christians are so distracted by the cares of life instead of staying intently zeroed in on the most dramatic moment of their lives, entering into forever?

We are distracted by lesser things in the land of the living while not understanding there is a transition coming soon and very soon.

I've never seen such passion from people as I have in the last year. Sadly, it's not because of revival. The zeal isn't a result of encountering the Holy Spirit. People haven't been provoked by the soon coming return of Jesus. No, people are shouting with ferocity about masks, elections, riots and politics of every sort. They are energized by the short-term, temporal issues of this lifetime.

Other passions people are exhibiting have nothing to do with the previous year in our nation. Many ministers have been drunk on growing bigger churches and email lists for decades. Christians are trying to live the American dream while forsaking their Kingdom perspectives. Idols, fears, desires and debates are distracting us.

I'm not saying we can't joyfully invest ourselves in the life God gives us. We can. We should. There's a right and good way to deal with politics, cultural issues, our jobs, family demands, dreams, building businesses and everything else that fills up the seventy or so years we are on the earth. However, the moment the land of the living takes precedence in our daily lives is the moment our lives become endangered. Everything we do must be in sync with preparing for the end-times and the coming trillions (endless) years of our eternity. 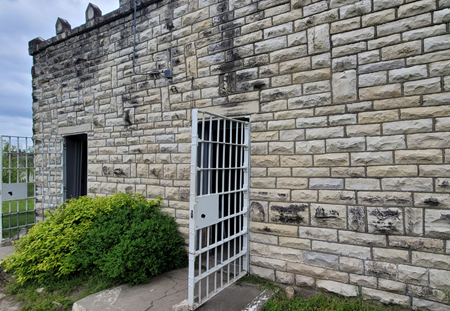 We are all on death row. It's a sobering thought, one that most of us want to shut out, but it's truth.

I wish I could explain the feeling I had as I was standing outside of the small out-building that contained the gas chamber. The left door was for spectators of the execution. The right was for the inmate, Warden and others directly involved with the process. I was overwhelmed, spiritually more than emotionally, as I envisioned demons all around preparing to escort one of the parade of souls into their version of eternity. This literally played out time after time in years past as unrepentant criminals vacated their bodies and entered the torments of hell. Only those who authentically surrendered their lives to Jesus prior to the gas overwhelming them would see angels instead of demons. 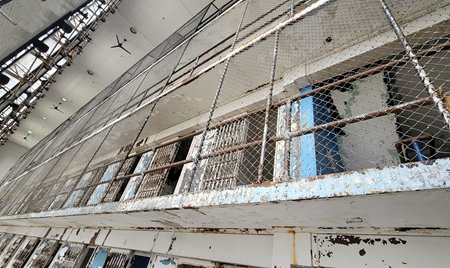 As I looked at the never-ending rows of claustrophobic cells in the main prison cell blocks, my feeling was only enhanced. Sadness struck me knowing the despair and hopelessness that possessed all who lived there throughout the years prior to the prison closing. While we are debating over Trump and Biden and viruses and vaccines, people are flooding into eternity. Imprisoned souls are hopeless as the church is distracted.

It wrecks me knowing the high majority of those inside that prison entered into madding torture that will never end. Friends, we must change our focus.

I'm troubled by how few are waking up every morning preparing for the end. We should also be preparing others. It's coming very soon, and the distractions in our nation are killing us.

Our life now is but a vapor. What we focus on everyday matters, and that focus must absolutely be eternity.

“Come now, you who say, “Today or tomorrow we will go into such and such a town and spend a year there and trade and make a profit”— yet you do not know what tomorrow will bring. What is your life? For you are a mist that appears for a little time and then vanishes.” (James 4:13–14, ESV)

Not only will we be full of life but others will be powerfully impacted when we are driven by eternity.

Our life in Jesus is not as much about finding satisfaction here as it is in living with eternity as our prime focus. It's about Jesus and ruling and reigning with him forever! It's about sounding alarms and warning as many as we can about the reality of hell and the hope of Jesus. It's about capturing the heart of God and preparing our families for the end season we are quickly moving into.

Let's reprioritize pretty much everything and look at politics, viruses, the church, our families, our dreams, our entertainment and all the rest through the lens of eternity. The flow to hell will slow and the church will be ready for all that is to come. Masks, viruses and politics won't be as important and will finally receive attention with a Kingdom perspective.

Both angels and demons are getting ready for our point of transition into eternity, not to mention billions of others all over the world.