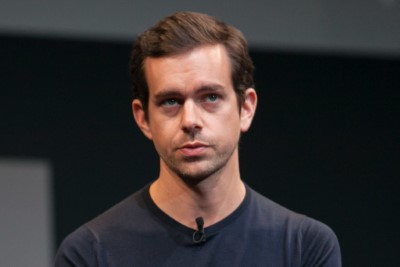 Politics are at the center of the story of Jesus. His historical life ended with a political execution. ~Marcus J. Borg

Under its new guidelines, Twitter users who are deemed to have peddled false COVID-19 information will be given a strike.

Five strikes and you are out. Banned. Terminated. Forever.

Something is abundantly clear to anyone who has been surveying the rapid and sudden eradication of our freedoms: muzzles have been securely adhered to the mouths of Christians and conservatives. The ungodly decision makers of America are pouncing on the opportunity the recent global situation has provided to silence their dissenters.

Jack Dorsey, Mark Zuckerberg and rest of media have been agitated into a frenzy. They are unapologetically attempting to play God by eliminating anything that threatens their humanistic utopia.

THE THREAT OF RIGHTEOUSNESS

Jesus proved to be such an extreme threat to the religious and political system of his day that they paid Judas 30 pieces of silver. Then the bloodthirsty political mob killed him. They were willing to do whatever needed to be done to shut down the “propaganda” and to regain control of the narrative.

They failed. An earthquake, several passed out soldiers, a displaced boulder and a missing body created a new and greater threat. Desperate to avoid losing power and influence, the “sleeping” guards, just like Judas, were given a large sum of money to stop the threat. A wicked scheme was put into action and lies were spread to combat the truth of freedom and righteousness.

The body of Jesus was stolen. His disciples were hallucinating. Any excuse would suffice. Even one of their own, Thomas, doubted anything miraculous happened. Jesus was, as the coroner of the land of Oz might say, not only merely dead, he's really most sincerely dead.

WE ARE AT WAR

We must understand this isn't about an attempt to ensure correct information about COVID is being disseminated. It's about cancelling any and all who promote anything that contradicts the personal beliefs of those who control mass communication. We have truly entered into a time when crafty propaganda is manipulating the thoughts of millions. Social engineering is alive and well. Refusal to comply with tech leader's ideologies will result in eradication. Jesus was killed because of his message and influence. Today, Christians and conservatives are being eliminated from social media because of our message and influence. Oh, and don't think that we won't also be killed for our message one day. It's coming.

THE RIGHT TO LIE

I know it's strange and even a little concerning to hear a devoted follower of Jesus promote the right to lie. I'm not suggesting that we as Christians ever actually lie. What I am suggesting is simple: those who are in control of communication in our nation are determining themselves exactly what qualifies for truth and lies.

So, those who are exchanging truth for lies are unilaterally calling good evil and evil good. This means for us to reveal truth, the right to lie becomes indispensable.

Should we not, as free Americans, be allowed to communicate our deeply held personal beliefs no matter who may disagree? Isn't it an American right to promote any variety of conspiracy theory? Are we no longer allowed to suggest aliens crashed at what is now Area 51? Can we not share our views about the Illuminati, the assassination of President Kennedy, the existence of Bigfoot, Loch Ness Monster sightings, time travel and other debatable topics? Should we lock up Ben Shapiro? Does the left not have a right to spew hatred, lies and filth about the recently deceased Rush Limbaugh?

Yes we should be able to talk about aliens. No, Ben shouldn't go to prison for being ridiculously balanced and smart. And, no, vile monsters shouldn't be cancelled because they smeared Rush. It's called freedom of speech. Truth and lies should be aggressively scrutinized while completely free of restriction.

“If I had to say something positive I guess I’m glad Rush Limbaugh lived long enough to get cancer and die,” comedian Paul F. Tompkins said.

In another attempt to silence conservatives, any suggestion that the election was stolen has been judged to be an untruth by social media giants. These Goliaths will taunt their enemies and restrict any debate that threatens thier points of view. Anyone who is intellectually honest must conclude that there may have been a possibility of election indiscretion. There's no way it can be definitively determined that zero fraud took place. Yet, today's uncircumcised Philistines overseeing mass communication aren't what you'd call intellectually honest. Their truth is the only truth that matters.

So, whether it's COVID or Trump or masks or riots, many of the messages conservatives and Christians are communicating have been determined to be lies, and subsequently erased from social media. Therefore we absolutely must support the right to lie. If we don't, it's five strikes and we are out.

THE GOSPEL TO BE CANCELLED NEXT?

Truthfully, much of the Gospel has already been cancelled. Just as cultural leaders frantically attempted to modify the truth of the resurrection before it reached the whole of society, the truth of Scripture is being rewritten to meet the strict guidelines of today's censors.

In fact, the Bible has already been censored or outright outlawed in many places around the world. The living truth it contains is as threatening today as it was to the religious and political leaders two thousand years ago.

If the Word of God deals with hot topics such as homosexuality in a manner that runs contrary to today's intellectually awakened humanistic gurus, it's cancelled. Not only cancelled, but whoever embraces what the Bible teaches can have their lives destroyed by today's woke mob.

When love speech is called hate speech simply because people are radically resistant to the type of love the Bible reveals, you know we are in trouble as a nation. God and his methods are not only being rejected wholesale in today's ungodly American culture, but those who have decided to follow Jesus are shamed, despised, ridiculed, hated and cancelled.

We shouldn't be surprised. The Bible we believe and the God we serve have made it clear this would happen. Sadly, if things don't change now, it's only going to get worse.

“Brother will deliver brother over to death, and the father his child, and children will rise against parents and have them put to death, and you will be hated by all for my name’s sake. But the one who endures to the end will be saved.” (Matthew 10:21–22, ESV)

Photo credit: “Jack Dorsey” by jdlasica is licensed under CC BY 2.0