Self-absorbed apostles are compromising the government of the church.

Last night I had a dream.

I'll begin by clearly affirming the value of apostles, prophets, pastors and the entire five-fold ministry, not to mention every person who functions in any capacity God has assigned them to. In fact, this is all the more reason the dream I had is significant. God's ordained leaders in the church must align themselves with God's order and character more intentionally and soberly in these last days. We need anointed, surrendered, humble and powerful church leaders in position and ready to serve.

49  Therefore also the Wisdom of God said, ‘I will send them prophets and apostles, some of whom they will kill and persecute,’ Luke 11:49 (ESV)

I found myself among many other Christians, leaders and people who were serving at a special church meeting. Specifically, this event was a gathering of apostles. It's important to understand that all of these people were clearly called of God. They were reputable, legitimate and most of us would agree that they are great, godly leaders. Unfortunately, after beginning their ministry years prior humble and pure, somewhere along their journey, they veered off course.

As I watched the interactions between the apostles, it was evident they were exhibiting some concerning characteristics as well. While they were connecting and enjoying conversation with others in the room, it was easy to discern they were focused primarily on promoting their viewpoints and agendas, eager to be recognized as special. They were obsessed with their rank.

Additionally, these convening apostles were entirely dismissive of the others who were not, as some would say, at their level. The individuals at this event who were not apostles at all were looked down on as inferior. Other apostles who didn't rise up with strong, charismatic personalities were ignored. Their focus was on mingling only with those leaders they felt could offer them something, or who they could target as an opponent to be analyzed and defeated. While they might seek to align with others who might have something to offer them, their end game was to dominate, gain influence and out play the other apostles.

Then, as dreams often go, there was an interesting twist. The focus of the event turned toward four young, star quarterbacks who were moving up the ranks from college to pro. These were sharp, impressive young men who were rightfully invited to this special meeting. Predictably, the apostles ignored these emerging team leaders as insignificant, though, in reality, they were resisting them as a threat. It was clear these young men were validated and positioned among the next generation of leaders. The quarterbacks were all skilled yet humble, excited to learn from the apostles, yet they were not well received. Not at all.

I then went to a store looking for a football to buy so I could play catch with them. My intent was to connect with the young quarterbacks and to encourage them. However, I could only find a small, junior sized football. I knew they had been promoted well beyond that level, and I didn't want to risk offending them by communicating that they were amateurs. 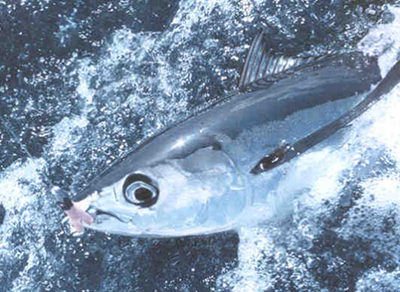 The dream shifted once more. As I continued to survey everything that was happening at that gathering of apostles and the young, emerging quarterbacks, I was fully unmotivated to join in the fray. I had no desire to play politics or to jocky for position. Instead, I stepped outside and dove into the ocean. I swam away from the shore and then deep under the water. I saw and then caught a beautiful, massive, shiny silver fish. It shined like a chrome bumper on an old, restored car from yesteryear. After wrangling the fish to the beach, I brought it inside, but none of the apostles were interested. I was surprised that such an brilliant fish provoked nobody's attention. I broke open the fish and there was absolutely nothing inside except for, remarkably, some incredibly delicious fruit. It tasted and looked very much like an orange. I pulled apart the fruit and ate it. It was amazing. Still, nobody cared, even though a legitimate miracle had occurred before their very eyes. The fruit and the fish wasn't their focus. Power and position was.

Again, these were all people we'd agree had been reputable leaders. But, as they advanced in ministry, their motives were compromised.

RELATED ARTICLE:   It's time to start scaring visitors away from our churches

Before I reveal what the Lord showed me, I want to take a moment to share something important regarding spiritual dreams.

It's extremely common for people who study the dreams of God to jump to conclusions about other people's dreams. I've seen this happen multiple times over the years, and while their intention is usually pure, they can bring confusion into the mix by attempting to over-analyze, redefine or incorrectly interpret what has already been revealed.

The person most able to interpret a dream, in most cases, is the one who had the dream. Only they know the tone, the mood, the revelation and just what the Holy Spirit has interpreted for them. While a dream interpreter may be convinced they know the meaning of a horse or rain or sleep or vehicles or any number of other symbols, they need to be careful as not to taint the actual meaning of the dream that is, at times, revealed to only one individual–the dreamer. Often times the dreamer interprets the dream quite differently than even the most seasoned dream interpreter. Of course, there are times the dreamer doesn't have the interpretation, and they may very well need to consult with others. But, we must use caution. Dreams of God can get confused quite easily.

I believe the meaning of most of my dream is fairly obvious. While some may want to read too much into some of the symbolism, I believe the takeaway is simple.

First, I want to emphasize again that the apostles were truly people of God. They led anointed ministries and had a track record of righteousness. However, something happened along the way that resulted in compromise.

Frankly, there are many Christian leaders who are addicted to ministry because of the supposed fame and adoration it brings.

Too many pastors and ministers are absolutely duped into believing they have arrived and that their “call” to ministry is highly valued by most. The reality? Few care. I'm not saying this to devalue their call. If they are called, they won't care how valued they are.

However, many who are addicted to ministry are idolizing it, and they can't imagine life without it. Trust me, if this is you, and if you ever decided to step down from full-time ministry, there wouldn't be a collective gasp by a stunned and disappointed society. People will go on with their lives. You are valued, but you aren't that important. None of us are.

What I'm saying is that the collection of pride-driven apostles in the dream was both sad and laughable. There is great value in apostolic ministry, but the value is not in the position, it's in the function, in the call to humbly serve. The deception in the room was extreme, and the scheming and parading around as if they were royalty was honestly quite embarrasing.

The quarterbacks repesented the next generation of team leaders. Quarterbacks are the defacto leaders of the football team. Their leadership directly determines whether the team advances or not. These emerging leaders did no wrong. They were humble and simply responding to an invitation to the gathering of apostles. They were wronged, however, by a suspicious and threatened apostolic council.

The dream culminated with the fish and the fruit. The clear, obvious truth is that we are called to be fishers of men and to bear fruit. It's that simple. Instead of diving into the depths of humanity and focusing on shining the light of Jesus in the world, the apostles were climbing over one another. Instead of fishing and bearing fruit, they were seeking power and position.

If this dream spoke to you as a leader, simply repent and allow God to give you a glorious and refreshing reset. You are valuable, you are called and what God has for you to do on the earth is exceptionally critical. In order to fulfill that calling, all pretense, all jealousy, all selfish ambition and all pride must die. You and many others will experience phenomenal abundant life as a result–including the emerging young leaders who are waiting for you to raise them up.