Do we trust God’s message enough to risk everything to share it?

Then the word of the LORD came to Jonah the second time… Jonah 3:1 (ESV) 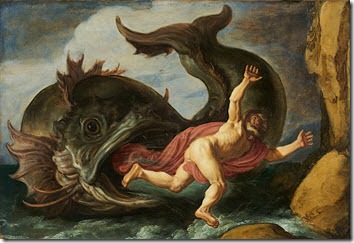 We never want to cause God to bring his word to us more than once. Jonah was resistant. We are all familiar with the story. The mission the Lord gave Jonah was a critical one, and he wasn’t about give up over the childish, selfish approach of his prophet. Nineveh needed to hear from God, fast, and Jonah was the man to bring the message. The longer I live the more dismayed I become at the state of preaching and prophetic ministry. While there is a small, raging, faithful remnant that is operating out of the fear of the Lord in these dire end times, the normal approach to preaching in our nation is cautious at best, outright rebellious at worst. Human wisdom has taken over numerous pulpits. Many are trading unchangeable truths in Scripture for a modified version that seems more godly, and less costly. For example, I asked a question on Facebook recently: If a professing Christian was caught in sin such as greed, pornography, gossip or other intentional failures, and they repeatedly refused to repent, what should happen? Many rejected Matthew 18 as too severe. They generally replied by saying we should pray for them, keep them in the church so they can hear the truth, be patient, etc. That sounds good, but it’s not biblical. They are attempting to extend a type of mercy that God never intended them to.

“If your brother sins against you, go and tell him his fault, between you and him alone. If he listens to you, you have gained your brother. But if he does not listen, take one or two others along with you, that every charge may be established by the evidence of two or three witnesses. If he refuses to listen to them, tell it to the church. And if he refuses to listen even to the church, let him be to you as a Gentile and a tax collector. Matthew 18:15-17 (ESV)

Cultural resistance to any hint of judgment has caused many American preachers to go soft and silent. Churches are crawling with immoral people who name the name of Christ, and we as leaders will have blood on our hands if we don’t deliver a sobering message of repentance to our nation. The Bible is extremely clear on this point. We must judge with a heart of love and sobriety for the sake of the church:

But now I am writing to you not to associate with anyone who bears the name of brother if he is guilty of sexual immorality or greed, or is an idolater, reviler, drunkard, or swindler—not even to eat with such a one. For what have I to do with judging outsiders? Is it not those inside the church whom you are to judge? God judges those outside. “Purge the evil person from among you.” 1 Corinthians 5:11-13 (ESV)

The Bible reveals in the end-times, people will call evil good and good evil. While church leadership as a whole isn’t at the point of calling sexual sin good, the lack of action as demanded by Scripture reveals that some leaders are calling evil something less than evil. Weakness. Struggle. Human nature. They wish to extend mercy to those who willfully continue in their deliberate decision to defy God. There comes a time when we must trust God’s wisdom and understand the unrepentant are evil. Period. Boy, that sounds self-righteous, doesn’t it? No, it doesn’t, unless you’ve been conditioned by the politically correct, religiously correct culture we are living in today. In truth, it’s not self-righteous. It’s simply righteous. We can, and must, have a heart of compassion and eyes filled with tears as we witness people rejecting God and his standards. Those tears however can’t result in a failure to exercise biblical protocol. There does come a time when we must act, no matter how terrible the action might feel. God can be trusted.

It is actually reported that there is sexual immorality among you, and of a kind that is not tolerated even among pagans, for a man has his father’s wife. And you are arrogant! Ought you not rather to mourn? Let him who has done this be removed from among you. For though absent in body, I am present in spirit; and as if present, I have already pronounced judgment on the one who did such a thing. When you are assembled in the name of the Lord Jesus and my spirit is present, with the power of our Lord Jesus, you are to deliver this man to Satan for the destruction of the flesh, so that his spirit may be saved in the day of the Lord. 1 Corinthians 5:1-5 (ESV)

It doesn’t get any more direct than that.

A SECOND CHANCE FOR AMERICA’S PREACHERS

The primary purpose of this article is not to discuss protocol for discipline in the church, though that is a necessary sub-point. The reason I led with that point was to reveal the deep dilemma we are currently in in America. We have gone soft on sin and few are speaking on the crisis. Judgment is not only probable, it’s most likely necessary to ensure more people aren’t contaminated by compromised, carnal, passive, quasi-Christianity. Judgment is God’s method of giving opportunity for those who still have hope to escape the prison they locked themselves into through their disobedience. We need judgment. It’s God moving in both love and severity at the same time, for good cause.

Then the word of the LORD came to Jonah the second time, saying, “Arise, go to Nineveh, that great city, and call out against it the message that I tell you.” Jonah 3:1-2 (ESV)

This is a message for America. It’s time to call out against it. We have no option but to deliver the message that God gives us. We need great, humble and bold men and women of God to reject fear of man, to stop thinking about the impact on their ministry and reputation and call out! It’s time for a shaking to come to America, and it needs to be initiated by preachers behind pulpits and in front of cameras from coast to coast. We know that Nineveh famously repented, and God relented.

Who knows? God may turn and relent and turn from his fierce anger, so that we may not perish.” When God saw what they did, how they turned from their evil way, God relented of the disaster that he had said he would do to them, and he did not do it. Jonah 3:9-10 (ESV)

We need messengers of God to arise and open their mouths! We must call out against America and cry out for deliverance from destruction.

RELATED ARTICLE:   A raw, revealing, direct message from my heart | Troubler of Israel

CALL OUT AND CRY OUT!

I’ve met many pastors who admittedly have surrendered the fiery and unapologetically confrontational message that God had given them years prior for a more palatable message that ensures people keep showing up on Sundays. As an itinerant prophetic minister, I’m often called in to bring a sharp prophetic message, when in reality the leadership should have been bringing it themselves all along. I understand what bringing in catalytic people can do. That is a God designed strategy, and many amazing pastors do that to help bring some fresh revelation and instruction into their situation. But, much of what I and others do can be accomplished without any outside help whatsoever. Call out and cry out night and day! Gather the people to pray! Repent! Refuse to lead a typical American church! Go deep and burn with passion! Call every person to be branded by the searing heat of the Holy Spirit. It’s time! We don’t want to live a Jonah 3:1 life. The second time God is required to speak due to our delay and disobedience is one time too many. Let’s back up to Jonah 1:1:

There we see the original directive. Instead of calling out against Nineveh, Jonah instead went away from the presence of the Lord. Listen closely: Many of today’s prophets and preachers are ministering on the run, outside of God’s presence, in a spirit of self-centeredness. They are evading the hard messages because of unresolved inner issues in their lives. The thought of offending people, losing them from their ministry, losing financial support, losing favor and their pedestal, have all resulted in preachers without an anointing delivering a message born of their own hearts.Judgment is coming—first to the preachers, and then, very possibly to our nation. Remember, it’s God’s love that demands this. It would be the least impactful way to awaken the greatest number of people. Judgment is necessary if repentance is absent.

Being open to God’s voice in our lives will result in a lifestyle of inconvenience, challenge and impossible mandates. It will cause huge, huge problems in our lives, and it will cause damage and bring calibration to our lifestyle. But, as we understand our roles to bring reformation and calibration to the church and to the world, we’ll see that our lives won’t collapse. We will function in power as we hear God and release decrees and declarations! As many of today’s preachers and prophets are running from God’s mandate and asleep outside of his presence, the world is crying out for you to awaken!

So the captain came and said to him, “What do you mean, you sleeper? Arise, call out to your god! Perhaps the god will give a thought to us, that we may not perish.” Jonah 1:6 (ESV)

There is no safe place outside of God’s call. Jonah’s disobedience was putting the lives of those around him at risk. They demanded that he wake up and call out to God! I want to encourage you to do the same. Call out to God and then call out against America. Then, cry out for her as intercessors. A great drama is before us, and we must ensure that drama includes the greatest move of repentance in history; a revival that cannot be measured. Preachers, America is waiting for you to arise from your slumber and release the burning messages of God. Like Jonah, this is the very reason you were born.