What is the right response when sexual immorality is taking place within the church? 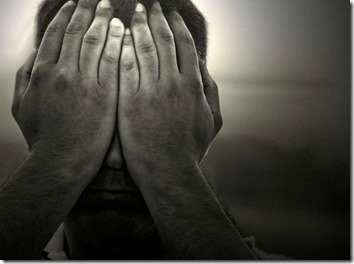 Considering the spotlight that homosexuality, transgenderism and various sexual deviancies have demanded, we must engage in a conversation about the ramifications such activity—in the church.

In fact, the so called “gay Christian” movement is gaining traction all over the world as is the sanctioning of homosexual marriage in some of the largest denominations.

Unfortunately, immorality has always infected the church. In the book of Revelation we see a severe example of this, and an equally severe reaction by God:

“‘I know your works, your love and faith and service and patient endurance, and that your latter works exceed the first. But I have this against you, that you tolerate that woman Jezebel, who calls herself a prophetess and is teaching and seducing my servants to practice sexual immorality and to eat food sacrificed to idols. I gave her time to repent, but she refuses to repent of her sexual immorality. Behold, I will throw her onto a sickbed, and those who commit adultery with her I will throw into great tribulation, unless they repent of her works, and I will strike her children dead. And all the churches will know that I am he who searches mind and heart, and I will give to each of you according to your works. Revelation 2:19-23

The church in Thyatira was on God’s radar for their works, love and faith, but also for tolerating sexual immorality in the church.

So many have fallen for an unbiblical definition of true love that is devoid of correction or standards. It feels more like warm, fuzzy, emotional highs and affirmation of people regardless of their lifestyle, which is not biblical love. Love can feel quite repulsive and alienating at times. God is love. He can’t avoid it! This God of love, in the above passage, refused to play games with the issue of sexual immorality in the church. His response? Repent or be thrown into great tribulation!

Consider this question: “If you were a pastor and someone who identified as a ‘gay Christian’ started attending your church, or someone didn’t feel it was sinful to have sex with their boyfriend or girlfriend outside of marriage, what would you do?”

People most always respond by saying, “Love them.”

Okay, but what does that look like? Again, most would say that we should encourage, share the truth with them and pray that they would stay connected in church and eventually see the error of their ways.

This counsel is in contradiction with the Word of God. I asked this question on Facebook just a moment ago, and I’m so proud of my son Skylar who, on a lunch break at work at Silver Dollar City here in Branson, Missouri, responded by typing in: 1 Corinthians 5. He’s right:

It is actually reported that there is sexual immorality among you, and of a kind that is not tolerated even among pagans, for a man has his father’s wife. And you are arrogant! Ought you not rather to mourn? Let him who has done this be removed from among you. For though absent in body, I am present in spirit; and as if present, I have already pronounced judgment on the one who did such a thing. When you are assembled in the name of the Lord Jesus and my spirit is present, with the power of our Lord Jesus, you are to deliver this man to Satan for the destruction of the flesh, so that his spirit may be saved in the day of the Lord. 1 Corinthians 5:1-5

God is not tolerant. His is longsuffering, but certainly not tolerant of perversion—especially within the church. This is his bride!

What is the loving reaction that leaders must have when unrepentant sexual immorality is discovered in the church? That person is to be removed. He is to be delivered to Satan for the destruction of their flesh—so that his spirit may be saved!

Of course, there are significant differences between someone who is struggling with, for example, pornography and someone who indulges in it freely without repentance or any plan to change.

There is also a difference between a professing Christian who refuses to repent of sexual sin and a heathen who refuses to repent. The former is to be removed from the church while the latter should be welcomed with open arms in hopes that they are radically, gloriously saved! And, yes, at that time they will be held to an entirely different standard.

The passage in 1 Corinthians 5 continues:

Your boasting is not good. Do you not know that a little leaven leavens the whole lump? Cleanse out the old leaven that you may be a new lump, as you really are unleavened. For Christ, our Passover lamb, has been sacrificed. Let us therefore celebrate the festival, not with the old leaven, the leaven of malice and evil, but with the unleavened bread of sincerity and truth. I wrote to you in my letter not to associate with sexually immoral people— not at all meaning the sexually immoral of this world, or the greedy and swindlers, or idolaters, since then you would need to go out of the world. But now I am writing to you not to associate with anyone who bears the name of brother if he is guilty of sexual immorality or greed, or is an idolater, reviler, drunkard, or swindler—not even to eat with such a one. For what have I to do with judging outsiders? Is it not those inside the church whom you are to judge? God judges those outside. “Purge the evil person from among you.” 1 Corinthians 5:6-13

If one who calls themselves a brother or sister in Christ are sexually immoral, greedy, idolatrous, a reviler, drunkard or swindler—we can’t even sit down at Starbucks with them! We can’t invite them over for a barbeque on the Forth of July!

If we don’t take swift action the entire church will become infected. A little leaven leavens the whole lump.

But sexual immorality and all impurity or covetousness must not even be named among you, as is proper among saints. Ephesians 5:3