While potentially provocative, it’s important to discuss the issue of church competition as we progress toward revival. 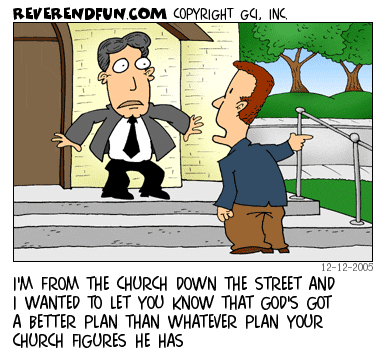 It hits me very deeply, and it saddens me so much when I encounter a spirit of competition within the landscape of the church.

This issue is rampant and it has resulted in a weakened, compromised city church structure, which is extremely problematic as we prepare for revival.

1 Timothy 3:14-15 (ESV) 14 I hope to come to you soon, but I am writing these things to you so that, 15 if I delay, you may know how one ought to behave in the household of God, which is the church of the living God, a pillar and buttress of the truth.

This passage is written with leaders in mind. It’s important to know how to behave in the household of God… and how not to behave.

Keep in mind, scripturally the church is identified by the larger city, by geography. It’s the Church at Ephesus, not the First Church of Jesus Christ and the Second Church of Jesus Christ and such and such Baptist church in the city of Ephesus. We don’t see the local church in the Bible, though God has and will move powerfully through local, smaller groups within the larger city Church. However, we have to understand that local churches are simply departments of a single city Church. Senior pastors are departmental leaders under the apostolic leadership of the city.

But, everybody must be trained and released. The message to Timothy continues:

1 Timothy 4:14-15 (ESV) 14 Do not neglect the gift you have, which was given you by prophecy when the council of elders laid their hands on you. 15 Practice these things, immerse yourself in them, so that all may see your progress.

Everybody must be progressing.

prog·ress n. 1. Movement, as toward a goal; advance.

Everybody under my care at Revival Church must be moving! If someone is not able to progress, to move, to advance in their ministry due to nervous pastors, it is a serious violation of God’s instructions to the Church. As I said, movement may take people out of a local ministry and into the place they are called to advance into, and we as leaders must celebrate when that happens.

A spirit of Pharaoh within spiritual leaders will do everything possible to keep their people from leaving into their wilderness of encounter, into their destiny.

That unhealthy spirit of Pharaoh will use people to fulfill leader’s personal endeavors, and any thought of those people leaving will strike them with fear and anger. A divisive, controlling spirit is embraced while people who are meant to fulfill their destinies are required to continue making the bricks of a man-made Egypt. 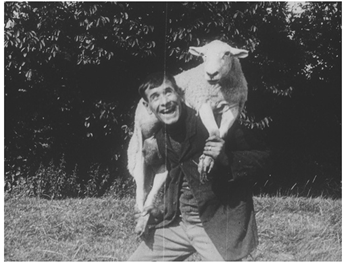 I didn’t realize how much a simple statement would set someone free.

A new friend had been through a troubling situation at a church and her transition out was filled with unfortunate and unnecessary struggle and guilt.

She cautiously started to investigate Revival Church from her place of fear and pain. We were discussing our pursuit as a church of freedom in Detroit one day, and I told her, “I don’t own you. I don’t own people here. As a pastor, my role is to serve you, not use you.”

That simple statement changed her life dramatically and caused her to breathe more easily.

Additionally, I know that my church is simply a department of the city church. I am not an island to myself. I’m not the supreme leader (yeah, doesn’t that sound ridiculous?). It would be silly for a local church’s single’s pastor to refuse to allow someone in his ministry to also commit to a weekly small group in the same local church. The same is true within the context of the city church. It makes no sense to presume people running with us at Revival Church wouldn’t also have opportunities to serve in other local ministries. My job, as 1 Tim 4:14-15 declares, is to lay hands on them and allow them to immerse themselves in their ministry, to practice, to progress, and I realize that much of that practice will take place in places other than Revival Church.

If a pastor in Detroit encourages one of my key leaders to serve on his leadership team, then I should celebrate! And I do! They aren’t stealing one of my sheep. We are on the same team, in the same church!

A youth pastor once confronted a friend of mine, who was a youth pastor at a thriving youth ministry in Texas. He very boldly, full of agitation, accused my friend of stealing his sheep because many of the youth from his church were also attending my buddy’s youth ministry.

My friend boldly replied, “How is it that you are accusing me of stealing sheep that simply wandered away from you? It doesn’t sound like you are feeding them what they need.”

Now, there is some merit (harsh but true) to that reply. However, another scenario might very well be more accurate. Is it possible that the other youth pastor was so successful at cultivating hunger for God that his disciples were making determined decisions to go after God with abandon—beyond the walls of their local church? Is it possible that their ‘wandering’ could be looked at as a sign of success on his part? I think that might be the case!

I have to tell you, I absolutely come alive when people under my care are moving about the city involving themselves in other churches and ministries. I love it! I want them to carry the fire of God into every place they can every single week!

We often hear that churches should not focus on transfer growth, on growing as people from other churches start connecting in the new church. Of course, I agree that we must see the church globally grow through evangelism, through conversion growth. The lost must be found. However, a common reason we hear some pastors renouncing transfer growth is because of insecurity and nervousness. They don’t want to lose anybody because that loss would equate to lost money, lost reputations, lost control, etc.

Again, we must expect people to participate in a variety of churches and ministries in the city Church. Since we are all in a single city Church, people moving from one local expression to another does not mean they are leaving one church for another. They are still in the city Church. If someone moves from the single’s ministry to a small group, there’s no transfer growth for the small group. The city Church has remained exactly the same size.

We must also admit that any single local church simply doesn’t have everything necessary to equip everybody. In fact, we’d be a much stronger city Church if we understood that. I am able to focus on the vision God has given me at Revival Church, and I don’t have the pressure to be an expert in everything. I can encourage people to connect in another church that’s strong where I am weak. And, if they feel they must spend the majority of their time there, under the leadership of a person who’s more able to give them what they need, then that is great! They can transfer from my local church to theirs, but the city Church has not lost…it has actually won. That person will now be more able to grow and progress, and the city church will be the better for it.

This is where the gloves have to come off. It’s a serious violation of God to foster a spirit of competition.

I was with a well known apostle who has a huge heart for revival in Detroit. He has a lot of influence and a very successful church in another state. He felt led to make several trips to serve Detroit, and on this particular trip he was with a group of pastors. He said, “Don’t worry, I’m not going to move here and start a church.” Everybody laughed.

While funny, I was disturbed by that exchange.

Why would the thought of this man opening another department in the growing city church cause other pastors to worry?

Of course, I know the answer. Because a successful man starting a new church would threaten their own kingdoms.

I don’t want to be overly dramatic, but I have to say that actually sickens me. People are going to Hell and pastors are worried about another ministry being successful? Sick.

Dr. James Emery White said: If you think a new church opening up in your area is a threat to your “mission field”, you need mission lessons.

Is there any wonder why there is no revival at a city level anywhere in the nation? The city Church is divided tragically. There is gossip about pastors and churches. There is fear and nervousness when other churches succeed. Hands are closed tight, not opened wide. The sheep are being used not served. People are jealous and divisive. This must end. Jesus is the head of the church and we have to finally let him govern freely.

3 John 1:9-10 (ESV) 9 I have written something to the church, but Diotrephes, who likes to put himself first, does not acknowledge our authority. 10 So if I come, I will bring up what he is doing, talking wicked nonsense against us. And not content with that, he refuses to welcome the brothers, and also stops those who want to and puts them out of the church.

This is a powerful verse. This is descriptive of situations that repeat every day in cities all over the world. Diotrephes gossiped and slandered and aggressively divided threatening people out of the church. Anybody that was a threat to his own preeminence was dealt with swiftly.

Contrary to this worldly, demonic approach to church leadership, look at how Jesus led:

That is leadership, and that is how we must approach other churches and ministries.

Every Friday night from 10pm-midnight our team travels to different church somewhere in the Detroit region. We pray in the Spirit and release blessing over that church, that pastor and their mission. I tell them that my prayer is for their church to grow much bigger than my own. I want them to receive greater offerings than we do. If they want some of my team to join their team, they are free to approach them about it.

One last point is critical: We cannot hold onto people so tightly that they are unable to respond to the greater, regional call. If something in the city church requires people from my team to move out of position in my local ministry and into position into the city ministry, I have to release them. A spirit of Pharaoh will keep people away from the greater calling. It will be common, as revival lands, for people in local ministries and churches to move out to serve regionally.

This will be a challenge for many. What do I do if my worship leader is tapped to serve the department that’s over my own? I let her go and trust God that he’ll ensure everything locally is covered. In fact, if it’s a city Church event, it would make more sense to shut down my ministry for the day or week and head out with everybody, in the spirit of Moses, into the greater, regional mission.

So, how about it church? It’s time to celebrate the growth of the city church, to release the people under our care, to burn with love and to lock arms with other Believers in the region—even if it means our own ministry shrinks. People with that type of heart will be exalted and rewarded as those with a heart after God’s own.