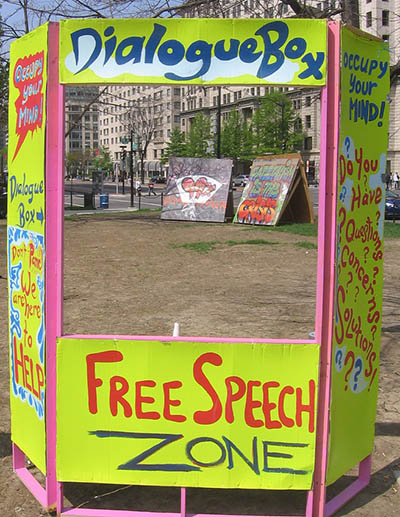 From cancel culture to shadow bans to unbridled hatred for a man who makes pillows — a strange delusion has arrived on American soil.

“Just as they have chosen their own ways, And their soul delights in their abominations, So will I choose their delusions, And bring their fears on them; Because, when I called, no one answered, When I spoke they did not hear; But they did evil before My eyes, And chose that in which I do not delight.” (Isaiah 66:3–4, NKJV)

Daily I’m watching or reading stuff that makes me wonder if people have gone crazy.

The Washington Post reports: On Twitter, one owner said that although he couldn’t throw away his pillows because they help him sleep, he would punch them daily “to show my anger . . . then will not buy any new ones.”

Of course, this is in reference to MyPillow chief executive Mike Lindell promoting the claim that the 2020 election was stolen from Donald Trump. Some, like the Washington Post writer, would call it a false claim.

This isn’t normal behavior. Someone is so upset that they beat their MyPillow brand pillow because the CEO holds to a common opinion that the election was stolen? Madness. Another customer threw her pillow in the trash and sent a photo to the company. Who does this? They are enraged simply because someone expresses an opinion? A strong delusion is hovering over our nation.

People have a right to boycott. However, it’s the strange emotional response that I’m talking about. People are getting strangely uptight about the most benign things. Who cares if Mr. Pillow questions the fairness of the election? In fact, any balanced, smart and wise person would at least entertain the possibility and consider the evidence.

The Bible passage above is about God’s response to Levites who were worshiping improperly. If God will send a delusion to them, it shouldn’t surprise us that he would also do the same to an openly perverse culture. Madness is upon us.

“…because they refused to love the truth and so be saved. Therefore God sends them a strong delusion, so that they may believe what is false,” (2 Thessalonians 2:10–11, ESV)

SOCIAL MEDIA IS LEADING THE WAY

People actually believe it’s a heinous violation to suggest that the election was stolen. Madness. Such a consideration is low level, non-threatening, perfectly legal water-cooler banter. There's nothing immoral about it. Yet social media is banning such discussion and cancelling those who refuse to comply with their restrictions.

Yeah, I know, it sounds like I’m talking about China.

In a report from 2010 about Nobel Peace Prize winner Liu Xiaobo, a democracy advocate imprisoned for seditious speech, we can see very quickly how America is beginning to look a lot like this Communist nation. Author Brian Palmer wrote, “Not every Chinese dissident who speaks out of turn winds up in jail. Other penalties include a stern rebuke, losing your job, brief detention, or re-education through labor.”

Speaking “out of turn” is costing many Americans when they promote ideas that run contrary to today's controlled narrative.

If our speech wasn’t being controlled, we should be free to openly communicate on social media. We should be able to lie, to share conspiracy theories, to challenge narratives, to go against the grain, to provoke people to think, to gather a following and even to spur on a healthy, legal resistance to ideas we disagree with. I'm not saying it's all good and healthy, but I am saying it's what free speech looks like.

The sky is green, aliens have infiltrated Arkansas, the earth is flat, Donald Trump is still the President and our nation is truly free — all perfectly acceptable conspiracy theories that should never be banned by social media.

The Walt Disney Company became the top trending topic on Twitter when they fired actress Gina Carano from her role on The Mandalorian for simply sharing an opinion. Literally, that’s all she did. She exercised free thought. Publicly. Like the imprisoned Chinese Nobel Peace Prize winner, she spoke “out of turn” by suggesting similarities between the hate-driven beliefs of the Nazis and the hatred many Americans have for those with differing political views. That’s all it took to end her Disney career. Cancelled. Shamed. Outed. Hated as if she were some vile criminal.

Ironically, liberal star Pedro Pascal used Nazi comparisons as well, yet he remains employed. In a now-deleted tweet in 2020, Pascal compared Trump supporters to Nazis according to a New York Post report.

The truth is, under Nazi rule, controlling the narrative was prime in their efforts of domination. They used propaganda to promote their beliefs about Jews in magazines, films and other media. They burned books and took over newspapers to ensure their message prevailed. How can you not compare what happened then to what’s happening now? No, millions of Americans have not been slaughtered (well, I take that back. #abortion), but we can’t help but to question the eerie similarities between the narrative controlling efforts.

It’s a good thing I’m not employed by Disney. I’d be out of a job after that last paragraph.

THE DELUSION CAN BE SEEN ON THE LEFT AND THE RIGHT

Before you presume this is an all-out assault on the left, I’ve been stunned at the level of madness on the right as well.

Many pro-Trump conservatives have become unglued this election season. I mean, many of them are nuts! They are often more triggered than many liberals when their beliefs about Donald Trump aren’t affirmed. I’ve witnessed many a “solid, balanced, mature and Christian” conservative go off the rails at the mere suggestion that Donald Trump is no longer our President.

On one hand I can almost sympathize with the liberals. Most of the strange, crazy conspiracy theories that are being promoted as right-wing propaganda are ridiculous. I’d love for the world to be eradicated of them too. (Yes, I know I just supported the right to promote conspiracy theories in the previous section, but whether it’s helpful or not is another question.)

The delusion is strong and we can’t presume that it's limited to those on the other side. If we have become resistant to what God desires, or worse, if we are erroneously suggesting our unrighteous, unhealthy desires are endorsed by God, we are ripe for a spirit of delusion to overcome us.

“And since they did not see fit to acknowledge God, God gave them up to a debased mind to do what ought not to be done.” (Romans 1:28, ESV)

…So will I choose their delusions, And bring their fears on them…

You might be thinking that I’m using biblical principles simply to make a dramatic point. You’d be wrong.

I am literally suggesting that God may very well have sent a delusion to America.

I’ve never seen fear overtake a people like I have over the last twelve months. Hatred is everywhere. People are shaming others for not putting a piece of cloth over their mouths. Those being shamed are lashing out in anger and sometimes violence. A customer slapped a grocery store worker in the mouth after being asked to wear a mask. Again, who does this? What normal person gets so agitated by others who won’t wear masks and what normal person goes mad when asked to wear one? Normal people don’t do this.

The only solution is to deeply repent, to surrender our lives to Jesus and to abandon our own sinfulness. God isn’t playing games. His passion is for mankind to turn to him. There is an amazingly simple yet costly solution to the delusion:

“When I shut up the heavens so that there is no rain, or command the locust to devour the land, or send pestilence among my people, if my people who are called by my name humble themselves, and pray and seek my face and turn from their wicked ways, then I will hear from heaven and will forgive their sin and heal their land. Now my eyes will be open and my ears attentive to the prayer that is made in this place.” (2 Chronicles 7:13–15, ESV)

If we don’t do this, the delusion will only grow stronger and the madness will overtake our nation. Don’t ever presume you are exempt. The times are dire. God help us.