We can’t afford someone leading our nation who does not hear God’s voice, honor his principles or love his people. 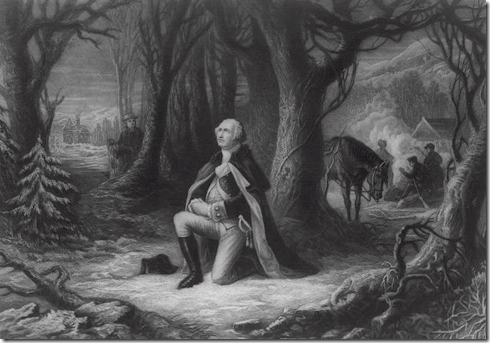 Though I’ve heard the statement time and again, for the life of me I cannot stop shaking my head in the midst of the confusion it creates. What statement is that?

“We don’t need a Pastor in Chief to lead our nation.”

That crazy decree seems to be the rallying cry of people who are dead set on rejecting more godly candidates in favor of one who is continually bearing extremely bad fruit.

Proverbs 29:2 says, “When the righteous are in authority, the people rejoice; but when the wicked rule, the people mourn.”

The celebration surrounding Donald Trump zeros in on his secular problem solving abilities and his rejection of any measure of political correctness. The problem? The situation in America requires someone who applies biblical principles, not human principles; biblical wisdom, not human wisdom.

“The foundations of our society and our government rest so much on the teachings of the Bible that it would be difficult to support them if faith in these teachings would cease to be practically universal in our country.” ~ Calvin Coolidge

Please, fellow Christian, explain yourself! How can you ignore that and the many other violations of decency that Donald Trump has committed—and continues to commit?

If my own son or daughter was campaigning for the office of President of the United States and was living similarly in an ungodly way, they would never receive my vote. My love, yes. My vote, not a chance. I couldn’t allow the blood of our nation to be on my hands. No amount of charisma, leadership ability or education could convince me to vote for them—unless they embraced a repentant life and developed into a mature follower of Jesus.

The reality is that we are absolutely electing someone to lead our nation who must be first and foremost a servant of God. If they don’t intimately know Jesus Christ, what god will they be receiving their inspiration from? The principalities and powers are drooling at the chance to be that god—the one who gives leadership to the President of the United States of America. If we don’t have a God fearing person in office, one who exhibits the traits of a true pastor, the alternative should terrify us.

“We recognize no sovereign but God, and no King but Jesus!” ~ John Adams

“The propitious smiles of Heaven can never be expected on a nation that disregards the eternal rules of order and right, which heaven itself has ordained.” ~ George Washington

For all of those who are adamantly arguing against electing a Pastor in Chief, please let me know which of the following attributes are improper for the leader of our nation.

1 Timothy 3 1-7 reveals the qualifications of overseers of the church. I propose that these must be minimum qualifications for one who would desire to lead our nation:

The question I’m presenting is simple: why would we not demand such a code of ethics for those who are running for office? What is unreasonable about it? Why would such a list of qualifications be rejected when seeking to elect someone for the most powerful and influential position in our great (or once great) nation?

The obvious defense would be that no candidate passes the test. That’s debatable, but regardless, we must elect the person who scores the highest. We can’t throw out the standards simply because of a lack of perfection. Look for the humble person, for the mature Believer, for the one who walks in the fear of the Lord.

Donald Trump is clearly not that person. I pray someday he could be.