The god of sex is overtaking our nation—and the church—and it must stop now.

27 “You have heard that it was said, ‘You shall not commit adultery.’ 28 But I say to you that everyone who looks at a woman with lustful intent has already committed adultery with her in his heart. 29 If your right eye causes you to sin, tear it out and throw it away. For it is better that you lose one of your members than that your whole body be thrown into hell. Matthew 5:27-29 (ESV) 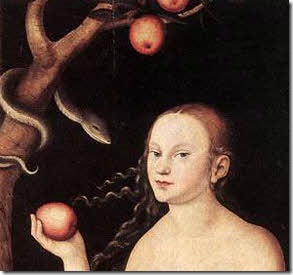 Does anybody still believe that passage of scripture? The message is so abundantly clear that it would require a delusion to come over the church for us to miss it. Yet, in so much of the church today lust is treated as mostly benign and as an expected part of our humanity. The idea that we can live free from any form of sexual lust seems to be laughable.

I’ll never forget the time I was encouraging someone who was struggling with lust. I excitedly shared that they can live absolutely free from impure thoughts. His response was troubling. He unabashedly rejected that truth as unrealistic and absolute nonsense. To his credit he voiced what so many Christians feel—sexual lust cannot be avoided.

That deception is a brilliant plan of the enemy. Convince Christians that they are not expected or able to be free from the sin of lust (and pornography, pre and extra-marital sex, etc.). Create Matthew 5:27-29 casualties that result in an increasingly expanding eternal hell.

Do we even understand that those who willfully and continually surrender to the lusts of the flesh are living under the wrath of God?

1 And you were dead in the trespasses and sins 2 in which you once walked, following the course of this world, following the prince of the power of the air, the spirit that is now at work in the sons of disobedience— 3 among whom we all once lived in the passions of our flesh, carrying out the desires of the body and the mind, and were by nature children of wrath, like the rest of mankind. Ephesians 2:1-3 (ESV)

I’m not talking about those who are honestly wrestling with their sin nature, surrendering to Jesus, living a life of repentance and rejecting unrighteousness. They are in a good place being graced by God to have victory over sin. I’m referring to those who have given up or those who presume a life of sexual sin is to be expected. Those supposed Christians are in a very dangerous place.

THE SEXUAL FRENZY MUST STOP

fren·zy [ˈfrenzē]
noun
a state or period of uncontrolled excitement or wild behavior.

It’s time for the barrage of satanic, unholy and deadly focus on sex to stop. I’m talking to you, Christian.

The only reason impure sexual thoughts parade through the minds of Christians is because they aren’t fully satisfied and deeply intimate with Jesus. The very real, passionate, joyful encounters with a holy God are absent. It really is that simple. When we are fully satisfied in God, anything that threatens that relationship, including lust and other sins, is soundly and immediately rejected.

We must put on the Lord Jesus Christ:

Contrary to what most believe, impure sexual responses to the myriad of triggers that flood our senses every day are not normal for Believers. What I mean is this: for a Spirit-filled, blood-bought Christian who is on fire for Jesus, the expected response when seeing an attractive person is not sexual. Further, if one should accidently see something that would be an obvious sexual trigger (like soft-porn Victoria’s Secret murals at the mall), the immediate reaction is not arousal but rather a grieved spirit. If temptation is the initial reaction instead of a grieved spirit, we can know we lack in intimacy with Jesus.

19 They have become callous and have given themselves up to sensuality, greedy to practice every kind of impurity. 20 But that is not the way you learned Christ!— 21 assuming that you have heard about him and were taught in him, as the truth is in Jesus, 22 to put off your old self, which belongs to your former manner of life and is corrupt through deceitful desires, 23 and to be renewed in the spirit of your minds, 24 and to put on the new self, created after the likeness of God in true righteousness and holiness. Ephesians 4:19-24 (ESV)

14 As obedient children, do not be conformed to the passions of your former ignorance, 1 Peter 1:14 (ESV)

Pleasures that exist outside of the bounds of the Word of God are deceitful. According to 1 Peter we are only passionate about such pleasures when we are ignorant of the truth of God. When we encounter God, past pleasures are exposed as distractions, threats and are disgusting to our spirits.

Christian’s reactions to opportunities to sin are to be fully different than those who are lost. Don’t be at all surprised when those in the world are pushing the envelope further and further. Miley Cyrus’ actions shouldn’t surprise us. The homosexual’s sexual addictions aren’t shocking. Their grid is different than ours. They are living fully in the flesh and when that happens the demands of the flesh become more intense as dissatisfaction grows. It can’t be fulfilled. The only answer is to dive deeper into the only way they know to experience pleasure. 1 Thessalonians 4 makes this distinction clearly:

3 For this is the will of God, your sanctification: that you abstain from sexual immorality; 4 that each one of you know how to control his own body in holiness and honor, 5 not in the passion of lust like the Gentiles who do not know God; 1 Thessalonians 4:3-5 (ESV)

The risk of anybody surrendering to the lust of the flesh is extreme. It’s deadly:

24 Therefore God gave them up in the lusts of their hearts to impurity, to the dishonoring of their bodies among themselves, 25 because they exchanged the truth about God for a lie and worshiped and served the creature rather than the Creator, who is blessed forever! Amen. 26 For this reason God gave them up to dishonorable passions. For their women exchanged natural relations for those that are contrary to nature; 27 and the men likewise gave up natural relations with women and were consumed with passion for one another, men committing shameless acts with men and receiving in themselves the due penalty for their error. 28 And since they did not see fit to acknowledge God, God gave them up to a debased mind to do what ought not to be done. 29 They were filled with all manner of unrighteousness, evil, covetousness, malice. They are full of envy, murder, strife, deceit, maliciousness. They are gossips, 30 slanderers, haters of God, insolent, haughty, boastful, inventors of evil, disobedient to parents, 31 foolish, faithless, heartless, ruthless. 32 Though they know God’s righteous decree that those who practice such things deserve to die, they not only do them but give approval to those who practice them. Romans 1:24-32 (ESV)

If that doesn’t put the very real fear of God into us, nothing will. This describes our culture, and nobody is exempt from being given over by God to a debased mind! If we are unrelenting in our pursuit of evil, including sexual lust, we risk becoming unable to discern righteousness. We will embrace the very sin that brought us down, not only for ourselves but for others.

This is one reason pastors are starting to agree to marry homosexuals. Their minds became debased and they eventually gave approval to others who practice the sin they embraced.

Just this week I heard about a pastor in Michigan who led a Spirit-filled church that had been vibrant and biblical for many years. That church closed after he aligned with emergent philosophies and affirmed homosexuality. His debased mind brought destruction as he gave approval to others who were practicing sin.

We need pastors who will boldly preach truth and communicate to their congregations that living in sexual lust, according to Scripture, will cost them their eternities!

14 But each person is tempted when he is lured and enticed by his own desire. 15 Then desire when it has conceived gives birth to sin, and sin when it is fully grown brings forth death. James 1:14-15 (ESV)

These verses are powerful!

Unbiblical sexual desire results in death. But, lets turn it around. I believe we should be enticed by desire for intimacy with Jesus! When it is conceived it gives birth to righteousness, and when it is fully grown it brings forth life!

8 Draw near to God, and he will draw near to you. Cleanse your hands, you sinners, and purify your hearts, you double-minded. James 4:8 (ESV)

A determined resistance of sin and a passionate pursuit of God go together. We can’t resist sin if we aren’t intimate with God and we can’t discover intimacy with God if we don’t resist sin.

16 But I say, walk by the Spirit, and you will not gratify the desires of the flesh. Galatians 5:16 (ESV)

Consider the Garden of Eden.

Adam and Eve were experiencing intimacy with God at a level that would overwhelm you and me. Then, their sin resulted in shame. Previously they were naked and innocent. After the fruit they covered themselves as guilt stole away their childlike freedom.

The answer to the shame is not to embrace it. Today the fig leaves have been removed as a celebration of the original sin of independence and rebellion. People like Miley Cyrus are making displays of decadence in a strategy of eliminating shame from ungodly sexual desire.

Her desire is for love and intimacy, but it will not be found the way she’s going about it. Destruction is her guaranteed end unless she surrenders all. (We should be praying for Miley. God’s passion for her is intense.)

The only answer is intimacy with Jesus. That’s it. True, immersive, indescribable, supernatural intimacy with Jesus will result in immediate rejection of anything unholy. Going back to the Garden of Eden experience only comes through repentance and cultivating a life of never-ending, love saturated intimacy with God.

We are being deceived by the god of sex. Listen, all the hype surrounding sex is artificial. Can I just say that sex doesn’t deserve all of the attention it gets? Yes, within the bounds of marriage it is a wonderful, bonding, playful and intimate experience. It’s holy. But even that can’t compare to the relationship and experience that comes when we are passionately in love with Jesus.

Nothing compares with intimacy with God! One moment in his presence and Miley Cyrus would be undone for eternity! She would soundly reject her previous belief system and behavior and be more satisfied than she had ever imagined!

3 His divine power has granted to us all things that pertain to life and godliness, through the knowledge of him who called us to his own glory and excellence, 4 by which he has granted to us his precious and very great promises, so that through them you may become partakers of the divine nature, having escaped from the corruption that is in the world because of sinful desire. 2 Peter 1:3-4 (ESV)

17 And the world is passing away along with its desires, but whoever does the will of God abides forever. 1 John 2:17 (ESV)

Yes, God is better than sex and it’s time he gets the worship and adoration that the god of sex in our nation, and even in much of the church, has attempted to steal from him.