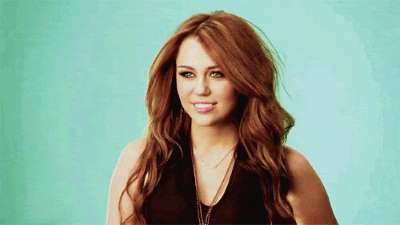 Revival in Hollywood would shock the planet with the love and power of Jesus.

I come alive imagining a spirit of legitimate revival blowing and burning through the sound stages and mansions of Southern California. Consider an atmosphere of intense intercession with some of the media elite on their knees, weeping, crying out and contending for a move of God to overtake the nations of the earth. Can you see it? Tom Cruise leading the room in repentance, Miley Cyrus declaring freedom to the oppressed, Jimmy Fallon casting out demons, Ellen DeGeneres healing the sick and Tom Hanks preaching the Word. I can see it. The thought of daily prayer meetings that draw the most prominent talent from television and the big screen is invigorating. It's past time for the Jennifer Aniston's and Johnny Depp's of the world to fall madly in love with Jesus and to lead the charge for a Holy Spirit outpouring in Hollywood. Possibly more powerful and far reaching than a move of God in any other segment, revival in Hollywood would dramatically shift the entertainment industry into something that impacts the world for Jesus.

As I dream of a Jesus revolution in Hollywood there are two troubling concerns that haunt me. First, the lack of authentic revival there to date grieves my spirit. While I'm certain there are some who have been dramatically transformed by the power of the Holy Spirit, the numbers are few. I'm struggling to think of a single well known celebrity who has had a legitimate Damascus Road experience. Where are the tear-jerking stories of radical surrender to Jesus in Hollywood? Why are there no (or so few) testimonies of life-altering encounters with God, undeniable healings, deliverances and overwhelming freedom? It should become common for people like Sylvester Stallone, Dwayne Johnson, Will Smith, Harrison Ford and others to wholeheartedly repent and start following Jesus with exuberant passion. Yet, such reports are rare. Second, and possibly more concerning, is the potential redefining of Christianity by those who do appear to embrace God. For quite some time I've been alerted in my spirit to the risk of “celebrity Christianity.” God has often been thanked behind an Oscar Awards podium, yet it's obvious most who shout his name are in no way devoted to Jesus. This casual shout-out to God has now morphed for many into an intentional redefinition of biblical truth. While it's certainly exciting to see some of the world's most famous people mention God in a positive light, we have to reel in our fervor and honestly consider whether it's truly Jesus who is being promoted. “So, you now telling me that I'm allowed to redesign my relationship with God as an adult, and make it how it feels most accepting to me, makes me feel so less turned off by spirituality.” This is the message Miley Cyrus seemed to get from Justin Bieber's wife, Hailey in an Instagram video interview. Hailey Bieber recently talked about the expectations she and Justin have as professing Christians. “As a model, Bieber says she’s often expected to “show skin” but then hears that’s “not a good representation” of her Christian faith. When she receives flak for posting certain photos of herself online, Bieber says she wonders, “Am I doing something wrong? Am I setting a bad example [because] people in the church will see this? And the reality is—no.” We must understand that we are all in process and Hailey and Miley are very young and still searching. We need to celebrate the search. They are remarkable human beings and deeply loved by God. However, we can't remain silent when the signals being sent in the midst of that search may lead people astray. It is troubling, whether Hailey meant to communicate this or not, that Miley Cyrus felt vindicated and confirmed in her own version of spirituality. “I was raised going to church as a believer, and that was a really important part of my life,” Miley shared. “And I kind of fell off that path a little bit because I think I had a hard time finding a relationship with God that worked for me as an adult.” Miley's journey seems to have led her outside of biblical boundaries and to feel confirmed in her decisions is troubling. New Age, psuedo-Christian spirituality has been around Hollywood for a long time, yet now it's being affirmed as authentic, biblical Christianity, which it is not. In the Instagram video Hailey promotes community whether it's at church, on a sports team on in a book club where there's no judgement and where you find acceptance and love. She states, “For me that's church and that's God and that's faith.” Miley, who was raised in church, said, “I'm so happy I just learned something. What I just took away from you is I'm allowed to decide what my relationship is with spirituality as an adult that doesn't have to be aligned the way it was when I was brought up.” Hailey said, “It's your journey between you and God. I've always had a hard time too with church making people feel excluded and not accepted and like they can't be a part of it because of what they believe in or who they love or who they don't love.”

ONE EXCITING REASON TO REJOICE

In the interview, which was supposed to be about makeup (and eventually did switch over to that topic), Miley said something that caused my spirit to rejoice. “I'm so happy we are talking about God and not about makeup! This is like what I need right now. I need to hear this. I can just talk with God directly.” The Holy Spirit is drawing Miley and so many in Hollywood and the entertainment industry right now. I'm wildly awakened to the wooing of the Spirit of God in what many would call the most unredeemable cultures. Whether it's Hollywood, Nashville, Washington D.C., our nation's universities or other atheistic environments, the power of God will burn through the arguments, confusion and resistance. We must contend for the souls of the searching and stand strong, in love, with humility against mixed messages that lead people away from the truth. Miley Cyrus is on God's heart and while she has been jaded by church hurt of the past, her future is prime for surrender to the One who loves her with such overpowering zeal. Pray for Miley. Pray for Hailey and Justin. Pray that God's character is fully revealed, that love and holiness are pursued and that they all embrace him for who he is, not who they want him to be. This message is for you and me as well. Photo credit: “Miley Cyrus [HM: BackStage]” by AlexKormisPS (ALM) is licensed under CC BY 2.0