John has been developing and leading ministries for over 25 years and is a sought out teacher, prophetic messenger and revivalist. He ministers in churches and at camps and conferences throughout the nation. John has authored ten books, is a regular contributor to Charisma Magazine, has appeared on Christian television and radio and directed one of the primary internships at the International House of Prayer (IHOP) in Kansas City. Additionally, he has planted two churches, has initiated two city prayer movements and a school of ministry.
A large and growing library of audio and video teachings, articles, books and other resources can be found on his website at www.burton.tv.
John, his wife Amy and their five children live in Branson, Missouri.

“John is dangerously prophetic, provoking passion in those in pursuit of revival. In just a few short years, I have witnessed the impact of his obedience to Christ in a region bound by division & religion. His mandate is one of radical devotion, raising up burning ones and releasing them into new levels in their kingdom assignment.”-Marcellis Smith, Lead Pastor, Jubilee City, Detroit, MI 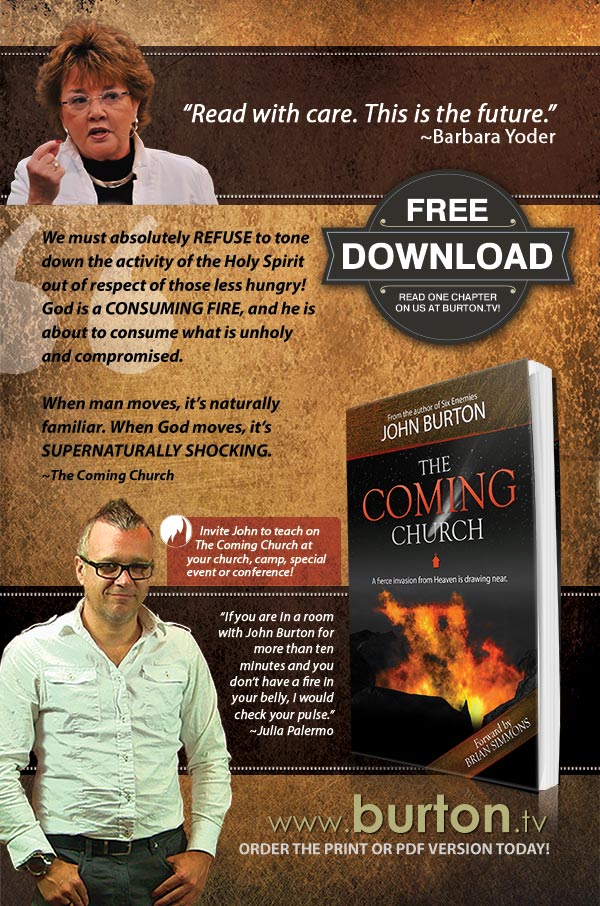